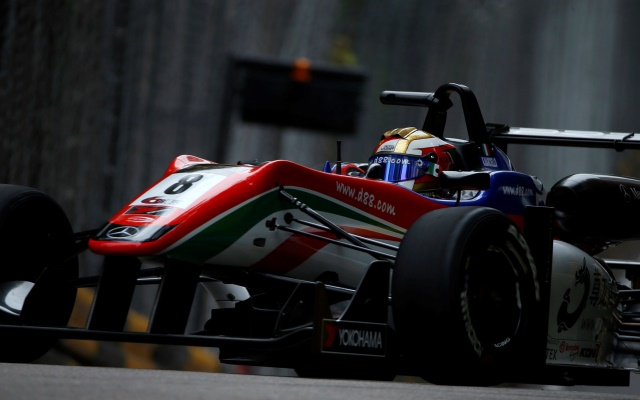 Rosenqvist’s benchmark from Thursday’s first qualifying was bettered almost immediately but the Swede did get himself back on top in the final five minutes before Marciello denied him.

Alex Lynn recovered from his Thursday crash to claim third place, falling just 0.017s short of Rosenqvist with his final effort. Lucas Auer made it three Prema cars in the top four in fourth, and ensured the top four positions matched those from this year’s European Championship standings.

2012 winner Antonio Felix da Costa was made to settle for fifth for Carlin ahead of Tom Blomqvist, who led through the latter two of the three stoppages for Fortec.

Carlos Sainz‘s session came to an early end after he stopped with electrical problems, finishing up 14th in his Volkswagen-sponsored car. Katsumasa?Chiyo, Sun Zheng and Antonio Giovinazzi caused the three red flag periods.