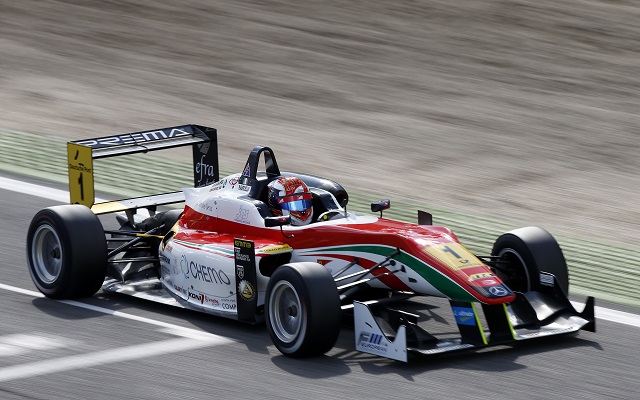 Having retired from race two with a mechanical failure, Raffaele Marciello made up for the lost points in the final Vallelunga race, taking victory from pole position.

In what turned out to be a customarily incident-heavy race at the Italian track, Marciello didn’t have it all his way, as he was briefly overtaken for the lead by Pipo Derani over the opening lap.

However, he was back into first just in time for the safety car, which came out due to various incidents around the track.

Following the restart, Marciello began to slightly edge away from Derani lap after lap, eventually finishing comfortably ahead of the Brazilian.

The Brazilian himself enjoyed a good lead over the rest of the field, which allowed him to cruise to second.

Alexander Sims took third, having inherited the position when frontrunners Alex Lynn and Felix Serralles interlocked wheels coming into a corner. As both of them lost a number of positions, the Puerto Rican almost immediately joined the list of retirements when he was spun around by Lucas Auer, whose race was also undone by the damage.

Lynn would wind up finishing fourth, wrestling the position away from Jordan King. King then came under pressure from Felix Rosenqvist, yet he managed to keep the Swede at bay until the end of the race.

Carlin duo Daniil Kvyat and Harry Tincknell were seventh and eighth respectively. Dennis van de Laar and Michael Lewis rounded out the top ten, while Jann Mardenborough recovered one point after dropping out of points-scoring zone early on.