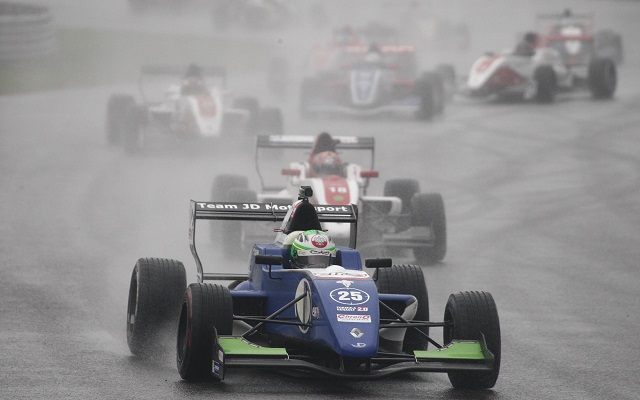 The Formula Renault 2.0 NEC season has come to a premature end with the cancellation of the final race at Zandvoort.

The reverse-grid race, which would see Dennis Olsen and Jack Aitken line up on the front row, was called off due to torrential rain.

The championship’s earlier Sunday race saw numerous incidents and a safety car period, while the second race of the Formula Renault 1.6 championship featured only two laps of green flag running.

As the finale will not be taking place, Fortec Motorsports are the winners of the teams’ championship, adding to the drivers’ title, which was secured by Matt Parry.