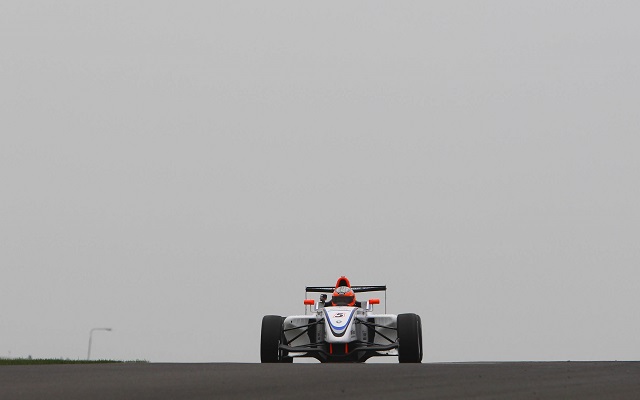 Larry ten Voorde converted his second pole position into his career-first victory in what was a hectic wet race at Zandvoort.

The drivers barely ended up getting any green flag running in the final race of the weekend, which started under the safety car and was abandoned six laps in.

Title contender Janneau Esmeijer was the first casualty of the tricky conditions, exiting the race on lap two. After another safety car period, the green flag flew again, but, following an incident involving several drivers, the processions were red-flagged.

With the race results rolled back to the five-lap mark, ten Voorde took his maiden win. Championship rivals Roy Geerts and Martin Rump rounded out the podium, the former being one of the drivers who brought out the red flag.

Rump and Geerts will go into the series finale with just six points separating them in the standings.