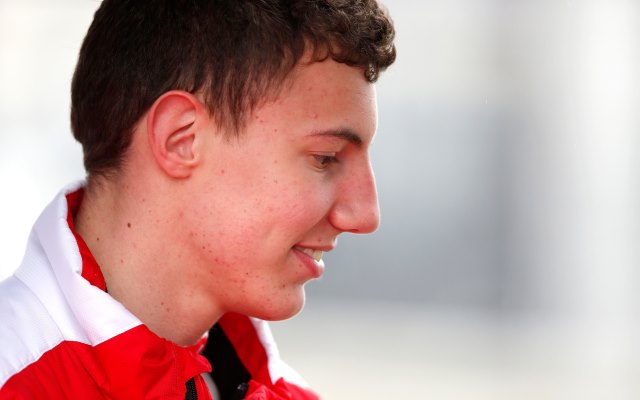 Newly-crowned FIA F3 Europe and Eurocup Formula Renault 2.0 champions Raffaele Marciello and Pierre Gasly are amongst the drivers testing in Formula Renault 3.5 at Barcelona over the coming two days.

On Tuesday Marciello will run with 2013 champions DAMS before switching to Tech 1, who previously ran fellow Ferrari-backed driver Jules Bianchi last year. He previously tested in the category with Fortec 12 months ago.

Gasly will drive for his 2013 team Tech 1 on both days, with fellow Formula Renault driver William Vermont driving the sister car on the first day.

Gasly’s title rival Oliver Rowland will drive for Fortec Motorsports on both days, having previously raced with the squad during his 2011 and 2012 seasons. Riccardo Agostini and Nikolay Martsenko will join him on Tuesday and Wednesday respectively, with the pair also appearing with Zeta Corse on the other day. Roman Mavlanov will drive Zeta’s other car on both days.

William Buller will test with the Arden Caterham and DAMS teams over the two days. Joining him at the former team on day one will be Nico Muller, with GT Academy star Jann Mardenborough alongside Zoel Amberg for day two.

Mardenborough will test with his regular F3 team Carlin on the first day alongside Jordan King. The team will run Alexander Sims and Antonio Felix da Costa on day two – the latter having been beaten to a Toro Rosso F1 seat by Daniil Kvyat.

Joining Marciello at DAMS on day one will be Marlon Stockinger with Carlos Sainz paired with his usual Zeta team-mate Buller on day two. Sainz will be with Pons on day one alongside Luca Ghiotto, with F3 Open’s Che One Lim replacing him on day two.

Matthieu Vaxiviere will drive for Lotus on both days, joined by fellow Formula Renault 2.0 graduate Oscar Tunjo on day one and team regular Stockinger on day two. Comtec have called upon the services of two former drivers for both days in the form of Stefano Coletti and Nick Yelloly.

Brazilian-owned Draco will run Pietro Fantin on both days with Lucas Foresti and Andre Negrao sharing the other car. Foresti will appear for AV Formula on Wednesday, with Auto GP champion Vittorio Ghirelli and Alice Powell with the team on the first day. ISR are set to run Russians Sergey Sirotkin and Daniil Move.