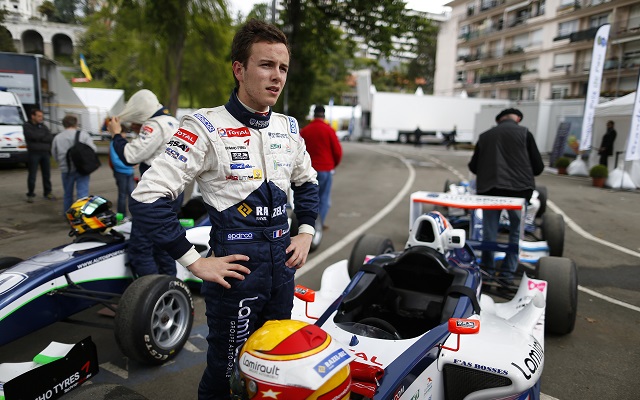 Having convincingly dominated a strong French F4 field in 2013, Anthoine Hubert is looking to make the big step into Formula Renault racing. PaddockScout got to sit down with the promising young French driver ahead of his Eurocup rookie test with team champions Tech 1 Racing…

– First of all, congratulations on becoming the?2013 French F4 champion. You made it look easy with your dominance in the first half of the year, but how easy was it in reality?

– It wasn’t easy at all, even if it seemed that way. I had to work a lot, I prepared for the season a lot which is why I think I was quite good in the first races. But, yeah, it wasn’t easy.

– By the second half of the year there seemed to be a lot more competition for race wins. Why do you think that was? Were you cruising to the title or did the opponents just get better?

– Well, I had a bad weekend at Magny-Cours, missed my qualifying and that made the weekend quite difficult. Last round at Ledenon, I wanted the title, of course, but also wanted to win. I won the first race but got a penalty and then it was more difficult ? starting eleventh in race two and third in race three.

– Who do you think was your toughest opponent throughout the year?

– Well, now Gounon is second by quite a big margin, so, for me, he’s now quite fast and quite difficult to race against. He didn’t have such a great start to the year, I don’t really know why ? he had some technical problems and mistakes, but he’s fast now.

– For next year, would you prefer to step up to the Eurocup or do one year in Alps/NEC in preparation?

– I’m not sure yet of what I’m going to do. I think that, when you come from karting, you should do one year in Alps or NEC, but I now have one year in formula cars, so I think I’d like to go straight to the Eurocup. It’ll depend on the budget, but I’ll do my best to race there. 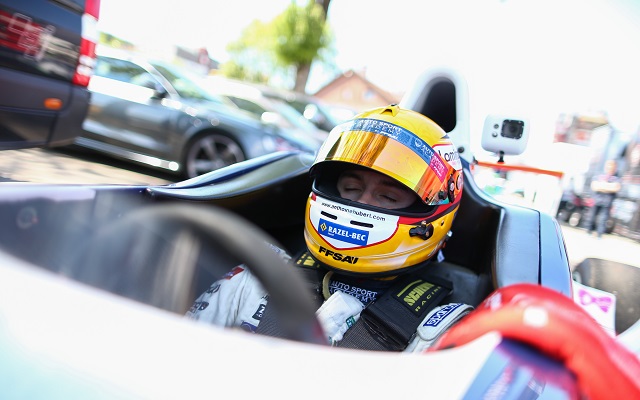 The Spa-Francorchamps round saw Hubert’s most complete and dominant performance to date (Photo: DPPI)

– How did you end up testing with Tech 1? Are you considering stepping up to the Eurocup with them?

– Well, for the moment, I haven’t signed anything. Renault Sport gave us the test here for tomorrow and it’s with a very good team. They won both titles. I don’t know if I will race with them next year, but I’d like to.

– One more weekend in French F4, at Paul Ricard ? what are your goals for that weekend?

– Yeah, that would be great.

– And finally, what are your long-term goals? Where do you want to be in two-three years?

– Well, it’s quite difficult to know. Normally you do two years in the Eurocup, because it’s difficult to win in the rookie year. I will do my best, but I have no idea where I’ll be in three years or so.