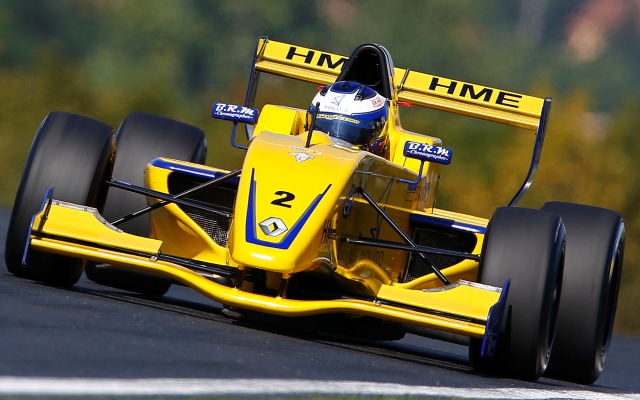 The Swede was by far quickest in the morning session, eventually settling atop of the timesheets with a lap that ended up unmatched for the rest of the day. More than half a second adrift, karting graduates Russell and Max Verstappen were an impressive second and third respectively, while series veteran Steijn Schothorst posted the fourth quickest time for Manor.

Albert Costa, who took the Eurocup title in 2009, was fifth fastest for Koiranen. Levin Amweg took sixth, ahead of Gregor Ramsay and Nicolas Jamin, while FR1.6 frontrunner Martin Rump and French F4 champion Anthoine Hubert rounded out the top ten.

The afternoon session saw Schothorst, Malja and Amweg take turns topping the session. The Dutchman emerged quickest in the final minutes of the test, with ART rookie and the JKR driver clocking in within less than half a tenth of his time.

Russell was again the fastest newcomer, taking fourth ahead of Rump and Joffrey De Narda. Prema duo Jamin and Damiano Fioravanti were seventh and eighth, with the top ten completed by Hubert and Costa.

Both sessions saw numerous interruptions, with the afternoon run coming to an end slightly ahead of schedule due to a red flag.