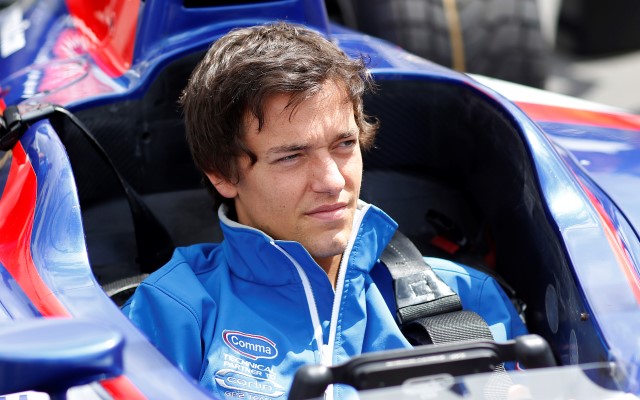 With his ex-Formula 1 driver father and associated financial backing behind him, Jolyon Palmer is now getting the GP2 feature race wins to start knocking on the door…

Being the son of an ex-Formula 1 driver can often be a double-edged sword for a racer trying to make it to the top of the sport themselves. If results are hard to come by they can be accused of sponging off their famous father, but when things go well the relationship can be very useful for boosting their profile and gaining the necessary contacts. Jolyon Palmer has probably experienced both ends of the scale. His father Jonathan not only knows what it takes to ascend the junior ladder to F1 – having won F3 and F2 titles before a spell at the top – but can also provide the finances required thanks to his successful MotorSport Vision venture. Up to now there have been doubts about Palmer Jr’s results but he’s starting to impress in GP2 with two feature race wins from the past four weekends.

Palmer started karting aged 13 in 2004 but quickly moved into cars the following year when he contested the T Cars Autumn Trophy. In 2006 he contested the full season for the saloon car-based series and finished fifth in the standings with four podiums and a pole position. He won two T Cars races he contested in 2007, but focussed on his switch to single-seaters in the Formula Palmer Audi series run by his father. Claiming victories at Brands Hatch and Oulton Park, he sat fifth in the standings before missing the final two rounds and falling to tenth. In 2008 he finished third in the standings, with a race win at Spa-Francorchamps. 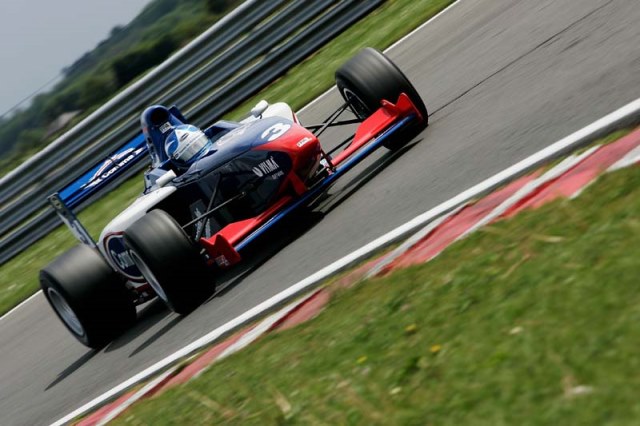 For 2009 Palmer stepped up to the new FIA Formula Two Championship established by his father. He had a quiet first year with just one points finish courtesy of a sixth place at Imola. His second campaign was considerably better from the off, taking an early championship lead with a win and a second place at Silverstone. He won twice at Monza and scored two further victories at Portimao and Brno, but he was beaten to the title by fellow Brit Dean Stoneman.

Palmer moved on to GP2 for 2011, joining the Arden International team. He would go the length of the season without scoring any points, his best results being ninth places at Istanbul and Valencia during the first half of the year. It’s fair to point out however that GP3 champion Esteban Gutierrez was the only rookie to score points. For the non-championship event in Abu Dhabi he switched to teams’ champions Addax and finished third in the feature race and fourth in the sprint.

It would be iSport that he would drive for in the 2012 campaign however. His first four weekends were marred by a mysterious recurring electrical problem, which left him stranded on the grid on more than one occasion and restricted him to just two points finishes from eight races. The team were forced to replace his entire car ahead of Monaco, where he promptly rewarded them with a maiden win in the sprint race. On home soil at Silverstone he got onto the feature race podium and returned to the top three in the Monza sprint race. Weekends with strong points hauls were interspersed with blanks, producing a final championship position of 11th.

Palmer made the switch to Carlin for 2013. During the opening weekends he gained a reputation as a master overtaker, but results were thin on the ground as he was always recovering from a poor qualifying. At Barcelona he went from 11th on the grid to third, only to be penalised for forcing Sam Bird off track. At the Hungaroring he qualified seventh – only one off his season best up to that point at Monaco – but used an alternative strategy of running two sets of the prime tyre to make the most of his race pace and claim victory (a first podium of the year). His Spa weekend was hampered when he was hit by team-mate Felipe Nasr, while at Monza he qualified third only for a wheel to not be fitted properly at his pitstop. At Singapore he was dominant, setting the pace in practice and qualifying and recovering from a poor race start to overhaul Nasr and win. With one weekend remaining in Abu Dhabi he is eighth in the standings, only four points away from sixth.

Talent rating: Up to now, Palmer’s credentials have been hard to judge having taken a less familiar path up to GP2 through his father’s championships. His second F2 season was strong, but it followed a quiet first year and so he headed to GP2 needing to prove himself in a competitive field. His rookie season didn’t go well on that front. A change of teams immediately helped him towards the sharp end last year, and this season he’s been amongst the fastest in race trim. Now he’s finally getting qualifying right and beating drivers with more races under their belt at this level. 7/10

Chances of getting to F1: Palmer Sr provides benefits in two forms – as a wealthy businessman and as an ex-driver with contacts in the F1 paddock. He’s got strong links with both McLaren and Williams, and having negotiated a deal for F2 champions to get tests with the latter, he may also be able to get a role for Jolyon. Perhaps the most obvious possibility however is Marussia, who have links with Carlin orchestrated by Grahame Chilton, father of Max and owner of the junior team. Palmer has strong and loyal financial backing from Comma as well as MSV, but he may need to add some more consistently strong results to his overall package before he can make a serious claim to an F1 seat. 7/10 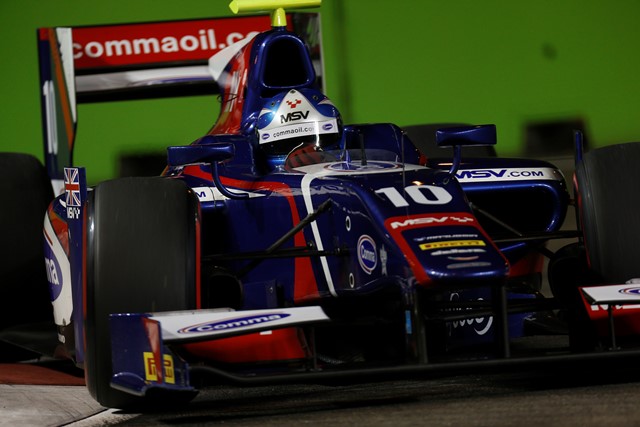