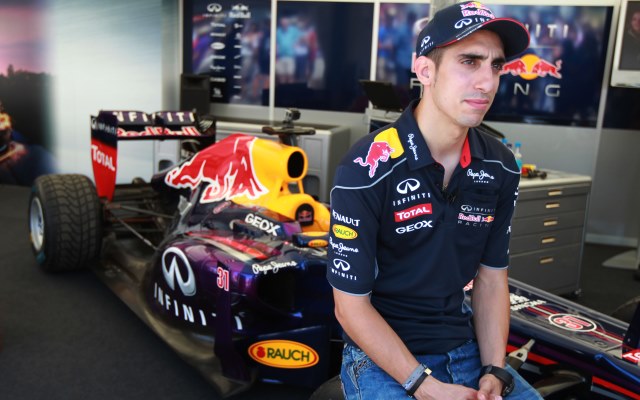 PaddockScout had the chance to speak with Red Bull test driver and former Toro Rosso racer Sebastien Buemi during the World Series by Renault meeting at the Hungaroring.

Buemi rose through the junior single-seater ranks as a part of the Red Bull Junior Team, finishing runner-up in Formula BMW ADAC and the Formula 3 Euro Series before moving onto GP2.

Buemi was the last driver that Red Bull placed in the Formula 1 support category, with Formula Renault 3.5 having since taken over as the series of choice for the scheme run by Helmut Marko.

Today, current Red Bull protege Antonio Felix da Costa is joined by contemporaries supported by McLaren and Lotus as well as some of the most promising unsigned talents with FR3.5 now a popular alternative to GP2.

?There is some positives on each of them,? says Buemi. ?I would say the World Series now is much quicker than what it used to be so in terms of lap-time it?s very, very close to GP2, sometimes even a bit quicker.

?In the World Series you get to drive a little bit more ? you have much more mileage, more practice, just more kilometres overall so that?s a positive thing. You also race on Formula 1 circuits so that?s quite good.

?Maybe if there was a positive on the GP2 you are during the Formula 1 race, as a support race. That might be a bit of an advantage because you always race in front of Formula 1 team principals.

?We?ve seen plenty of drivers coming into Formula 1 from World Series or GP2 so I don?t really think it matters. I think at the end of the day you?ve got to win what you are racing in and that is most important.? 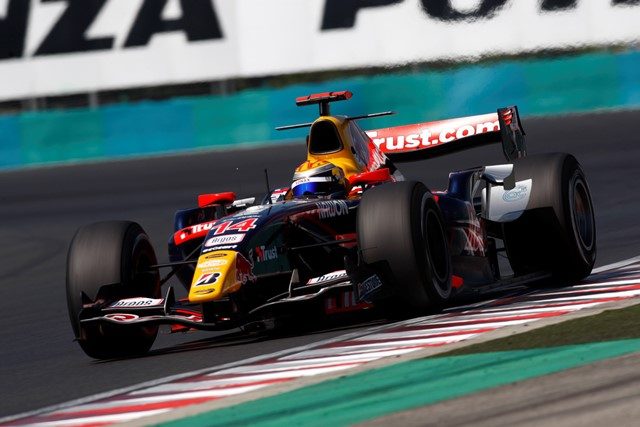 While Buemi was handed his F1 chance via the Red Bull Junior Team, the programme has high expectations of its drivers and is never shy of ditching those who don?t meet the grade quickly enough. This often generates criticism from the media and fans, and while Buemi is biased as a Red Bull employee, he knows first-hand the benefits the scheme brings to a driver looking to climb the ladder to F1.

While Red Bull continue to give chances to young drivers, other talented prospects are struggling to land the F1 opportunities they deserve with many teams forced to favour those that bring money.

?That?s clearly not good,? says Buemi, who has been on the sidelines himself since losing his Toro Rosso seat at the end of 2011. ?I don?t think it?s really good for the sport, I don?t think it?s good for the fans, I just don?t think it?s good but it?s the way it is now and we?ve got to live with that. Hopefully it?s going to change in the future. Maybe one day they will introduce a budget cap and we will not see this anymore, but it?s like that and as I said, it?s part of the game and we?ve got to deal with it and just try to get the most out of it.?

While a lack of sponsorship funds have certainly contributed to teams having to prioritise money when recruiting new drivers, Buemi feels a restriction on budgets would help the situation.

?To be honest as long as the budgets will have no limits I think you always want more money, he says. ?If one day you had a limit then you could argue ?we can?t spend any more money than that? so that would be good.? 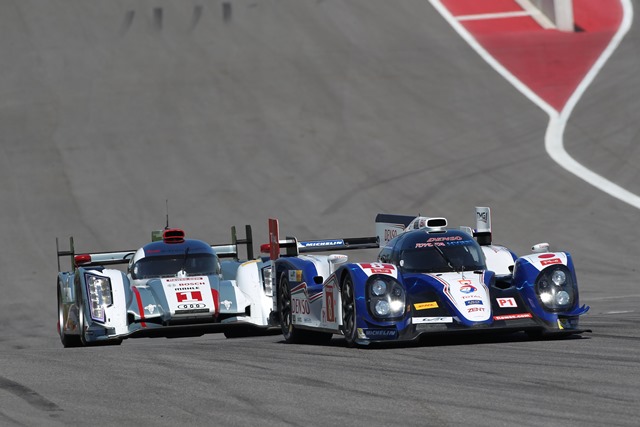 Buemi went from the Hungaroring to Austin, where he and Toyota finished second (Photo: Toyota)

Since losing his F1 race seat, Buemi has been racing in the World Endurance Championship with Toyota in addition to his Red Bull reserve duties. With F1 opportunities limited, a number of young drivers like Oliver Turvey have been making the switch to sportscars and Buemi reckons it?s a great alternative.

?Obviously if you don?t get the chance to race in Formula 1, racing in LMP1 is a great thing. If you look at the LMP1, there is not so many cars basically. You?ve got two or three cars with Audi, two with Toyota, two with Porsche next year. The good thing is that you need many drivers per car because it?s endurance so that gives the opportunity to more guys.

The Red Bull mechanics have been firing up the RB7?s engine in preparation for Buemi to do what he?s here for and perform demonstration runs to the 105,000 fans that have attended the Hungaroring weekend.

?I think it?s good because it gives me the opportunity to drive the car, even if it?s for five laps but that?s quite good. I?m definitely looking always forward to driving the car and we?ve got good weather today so it feels good.?