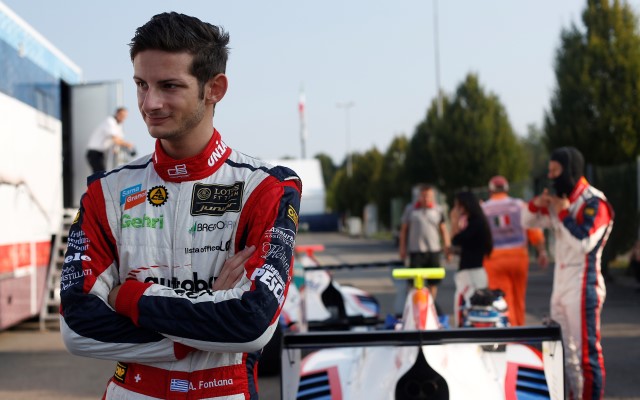 GP3 racer Alex Fontana will drive Formula 1 machinery for the first time when he tests with the Lotus team at Paul Ricard next Monday (September 30).

Fontana has been part of the Lotus squad’s junior team this season and will now get to pilot the R30 campaigned by the Enstone outfit during the 2010 season, as part of its iRace programme.

“Alex has shown great potential as part of our Lotus F1 Junior Team programme, so it is fantastic to reward him with a drive as part of our iRace Professional programme,” said Patrick Louis, the Chief Executive Officier of the Lotus team.

“His day at Paul Ricard will see him working closely with our engineers to maximise his learning experience on his first day in a Formula 1 car. For Lotus F1 Team it is rewarding to work with young drivers with the goal of helping them achieve their aims and assisting us in finding the champions of the future.”

Fontana added: “I?m naturally delighted that Lotus F1 Team has given me the opportunity of this test. Every driver?s dream is to sit behind the wheel of a Formula 1 car. For me it?s a great honour to be able to undertake a day?s testing at Paul Ricard.

“I?ve been to Enstone on a number of occasions to prepare myself to best effect with intensive work on the simulator, and I?ll be tackling this test with great respect for the team, the car and with a healthy dose of humility. I?ll be giving it my best shot, to grasp the opportunity and to live up to the expectations.

“I?m also sure that an opportunity such as this will make a significant contribution to my experience as a driver. For this reason I?d once again like to thank the management team at Lotus F1 Team and all the people who have supported me and taken a keen interest in my progress.”

21-year-old Fontana sits 16th in the GP3 standings with one round remaining, having scored one podium finish at Silverstone.