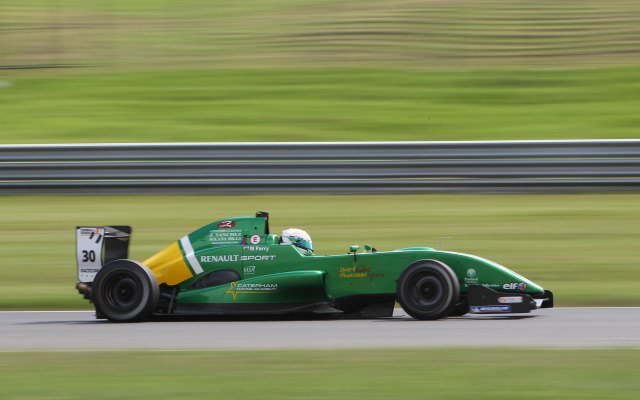 The Welshman, who is supported by Caterham, will drive for Fortec Motorsport and will hope to convert his impressive form this season into the competitive championship as it enters its penultimate round.

This season has seen the 19-year-old shine in the NEC, currently leading teammate Jack Aitken by 45 points with one race weekend remaining at Zandvort.

Parry, who is the 2012 Intersteps champion, has five race wins to his name including double victories at the N?rburgring and Silverstone.

In other driver news, Frenchman Leo Roussel has confirmed he is set to take on a new challenge, joining Manor MP from ARTA Engineering where his results have been disappointing. Stefan Wackerbauer also returns to action, joining RC Formula at Le Castellet after contesting the opening two rounds of the year with Interwetten.

Update: RC Formula have since announced that Wackerbauer will not drive for them this weekend, being replaced by Mattia Vita.