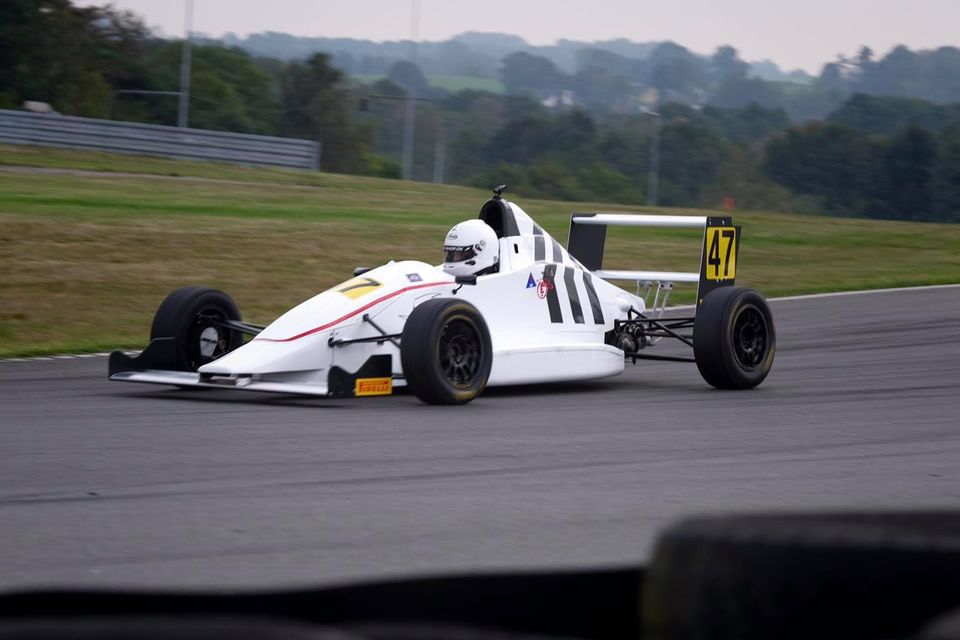 Formula 5 driver Mads Hoe won the first Danish Formula 4 race of the weekend at Ring Djursland, as Juju Noda was spun out of a podium position.

Noda started the race from pole, but span her rear wheels off the line – despite being on a flatter starting spot than most of her rivals – and immediately lost the lead to Italian F4 regular Sebastian Ogaard.

The Dane pulled away by several seconds in just the opening lap, but once Hoe cleared Noda on lap two he set about whittling Ogaard’s lead down. In the final third of the race the gap started to decrease rapidly, and Hoe made it into the lead with a few laps to go.

He then started to pull away, while an ongoing battle for the final podium spot raged on.

Noda had been third for the first two thirds of the race before Benjamin Frislund spun her around with a late lunge after she left the door open at one of the hairpins. That put her a lap down, and promoted F5 runner Lucas Daugaard into third.

Daugaard was then tracked back down by Frislund and his Team FSP team-mate William Wulf, and Frislund then had to take two penalty laps (in effect taking the widest line through the first corner) that dropped him back to fifth.

He got back past Daugaard, but ran out of time to close back in on Wulf, who was also penalised for a jumped start.