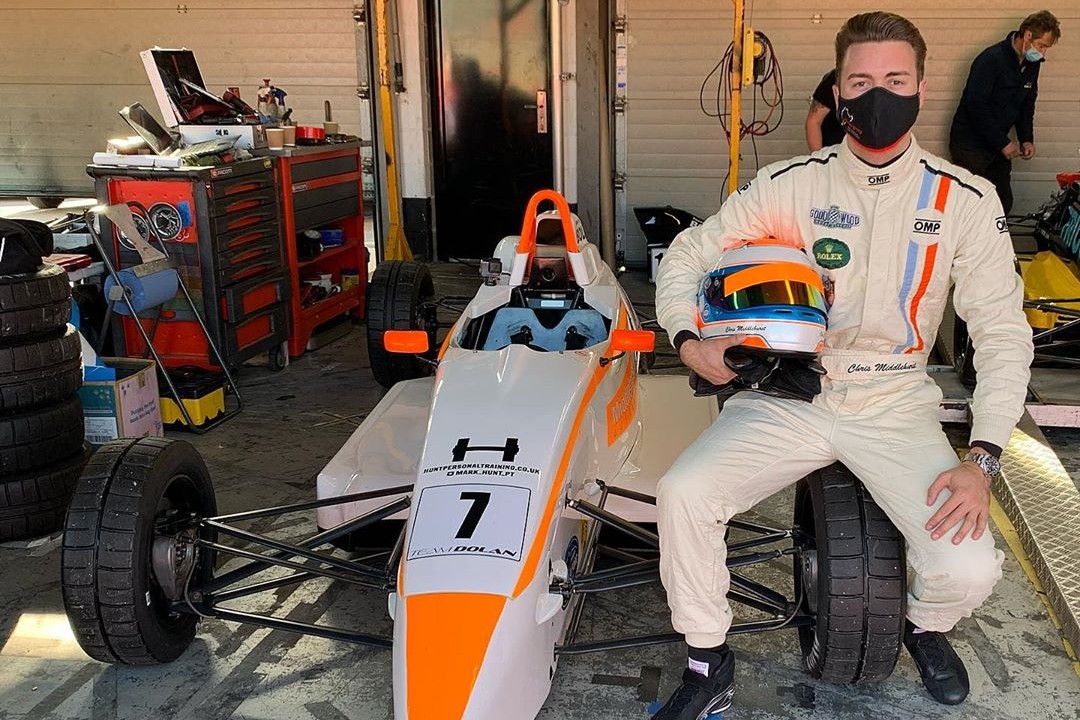 Chris Middlehurst took victory in the second BRSCC National Formula Ford 1600 race at Brands Hatch, despite contact with a backmarker.

Middlehurst started the 15-minute race alongside poleman Neil Maclennan on the front row, with the grid being set by the race one result.

Kevin Mills Racing driver Maclennan started well but on the second lap Middlehurst dived down the inside going into Druids, having ran wider through Paddock Hill Bend.

From there, Middlehurst was able to keep in front of the championship leader, and led a train of cars that included Low Dempsey Racing duo Jonathan Browne and Bryce Aron, B-M Racing’s Rory Smith and reigning champion and Team Dolan team-mate Ross Martin.

There was a scare for the leader as he came up to lap BRSCC Northern FF1600 contender Paul Tucker, where he sent him into a spin at Clearways. That looked to be Maclennan’s chance to reclaim the lead but he was unable to do so.

Middlehurst resisted the race-long pressure to take his first National FF1600 win in five years, and to be the first driver to beat Maclennan this season.

Browne challenged Maclennan several times in the race but was unable to get through. He finished third.

Smith finished fourth on the road, but a five-second time penalty dropped him down to seventh in the classification. Aron therefore inherited fourth, despite being tapped by Smith at Paddock.

Martin finished fifth, ahead of Oldfield Motorsport’s Stuart Gough – who initially able to keep with the leaders but faded later on.

Jamie Sharp came out on top of an epic scrap over eighth that went down to 15th in the middle part of the race, before Sharp, Luke Cooper, Max Esterson and Morgan Quinn were able to pull away. The quartet finished in that order, with Cooper seemingly having fixed a throttle issue from Saturday.

Simon Harrison came out on top in the Northern classification, finishing six seconds ahead of BRSCC chairman Peter Daly.