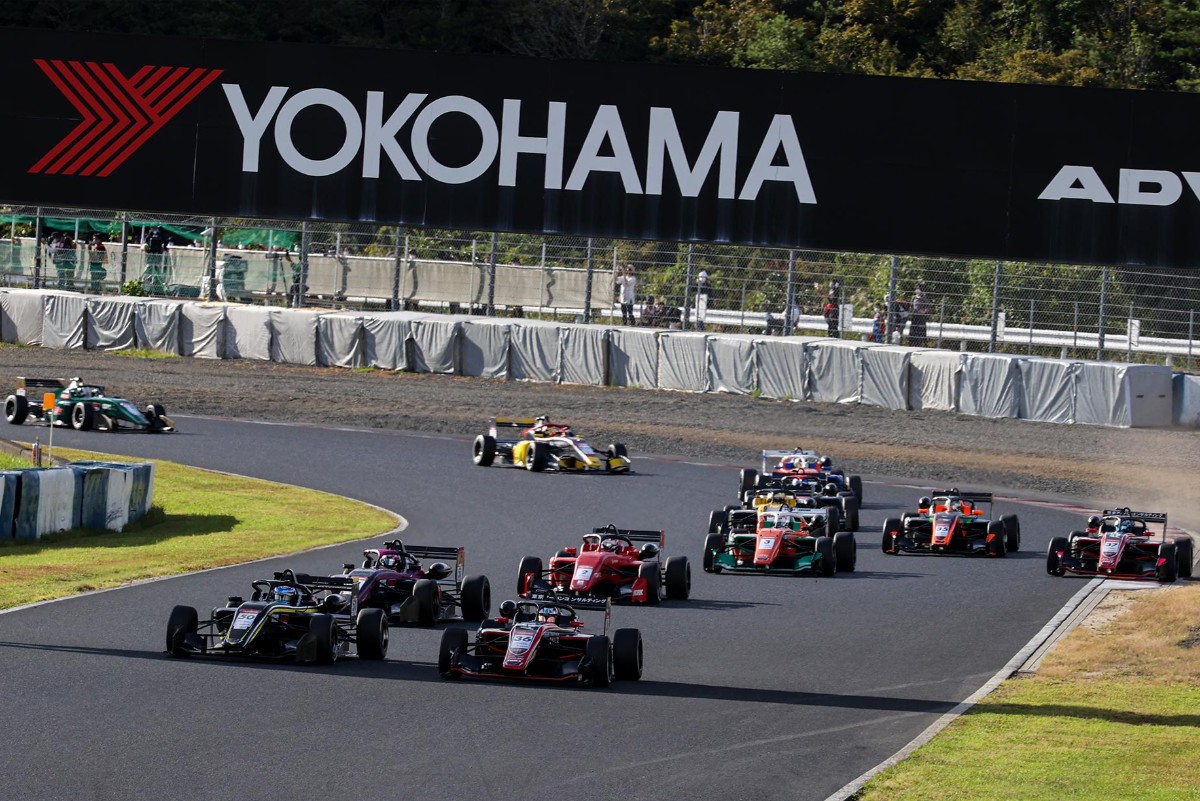 TOM’S star Miyata took pole for both races, and had to defend from B-MAX Racing rival Sakaguchi several times on the opening lap of race one to hold on to the lead.

After that attack had been held off, Miyata edged away until the late appearance of the safety car due to Albirex Racing’s Tsubasa Iriyama clashing with B-MAX boss DRAGON.

Miyata was on the ball on the restart and immediately put distance between himself and Sekaguchi to secure victory. Series returnee Yoshiaki Katayama rounded out the podium on his first drive in the new Dallara 320, and Honda junior Teppei Natori finished fourth.

Sakaguchi got the better of poleman Miyata at the start of race two, but also had his hopes of being able to pull away stymied by a safety car period. This time it was for Katayama and RS Fine’s Shunsuke Kohno spinning and leaving no clear route through for the cars behind.

On the restart Sakaguchi covered off Miyata’s challenge, and initially was the faster of the two. Miyata then set fastest lap as he closed back in on Sakaguchi, but couldn’t quite get close enough to make an overtake and had his run of six consecutive wins since 2019 come to an end. It was Sakaguchi’s first win in the series, which he has contested since 2016.

TOM’S’ second driver Kazuto Kotaka finished third, marking the first time the Toyota junior has been allowed to race at Okayama since he was driving in Formula 4 back in 2016.

Masayuki Ueda and DRAGON took a Masters class win each, although both failed to score points. Not among their opposition, but certainly old enough to, was Sakaguchi’s 52-year-old team-mate Masami Kageyama.

The 1998 Super Formula title runner-up finished eighth in race one, then scored his first point in the series since 1994 with a sixth place finish.