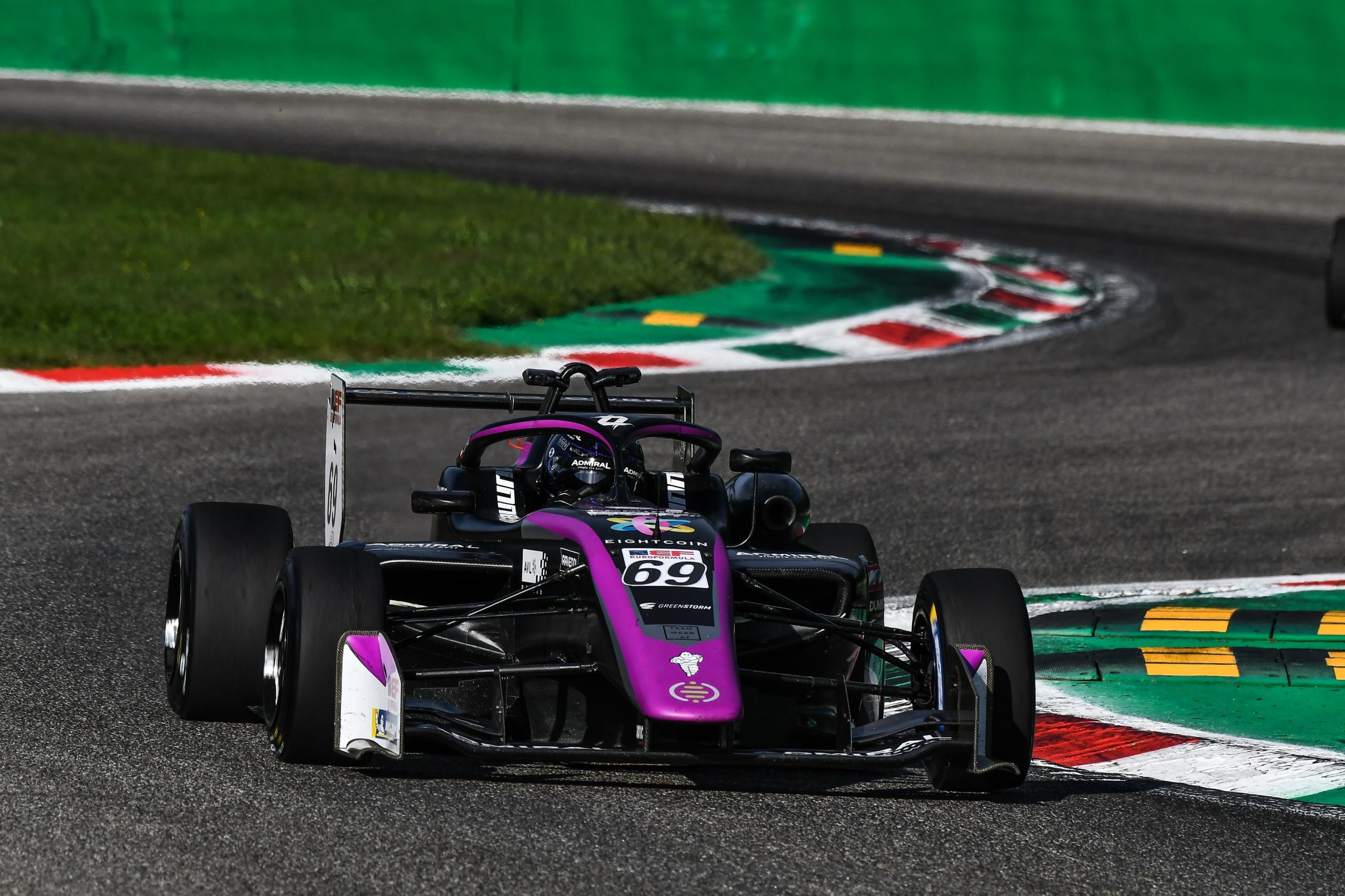 Dunner is making his second appearance of the year with CryptoTower Racing Team following the conclusion of his rookie FIA Formula 3 campaign with MP Motorsport.

Poleman Dunner lost the race lead to Van Amersfoort Racing’s Andreas Estner on the run down to the second chicane on the opening lap. Dunner’s attempt to respond to Estner was curtailed when Estner’s team-mate Alexandre Bardinon locked-up and wiped out Motopark’s Manuel Maldonado at the first chicane.

The incident brought out the safety car, and Dunner wasted little time and made his move into Turn 1 on lap six of the 17 lap race. Estner repassed Dunner into the second chicane, but Dunner slipped back through at the first Lesmo.

Dunner dominated at the front of the field as chaos ensued amongst the chasing pack. Ayrton Simmons tagged Glenn van Berlo into a spin at the first chicane as Sebastian Estner and Ye locked-up and went through the escape road at Turn 1.

Sebastian Estner went off into the barriers on the exit of the second chicane while Cameron Das – another driver dovetailing Euroformula and FIA F3 campaigns – ended up locking up at Turn 1 and Ye had to take avoiding action that dropped him from second to fifth place.

Shortly after Ye passed Niklas Krutten for fourth place, Das locked-up again at Turn 1 and tumbled down the order. Ye then made contact with Andreas Estner in the fight for second place and picked up damage to his front wing.

Despite the damage, Ye was able to continue and traded second place with Krutten on the penultimate lap before securing it in time to take the chequered flag in second place – making it only the second race this year that Ye has been beaten in a race.

Krutten claimed his third consecutive third-place finish in as many races as Carlin’s Zane Maloney charged from the back of the grid to fourth place. Das fell to fifth place, with Rui Andrade finishing in a season’s best sixth place.

Andrade was promoted into that sixth position due to a five-second penalty for Simmons tipping van Berlo into a spin earlier in the race. Van Berlo recovered to eighth ahead of Andreas Estner, who picked up a puncture after the contact with Ye.