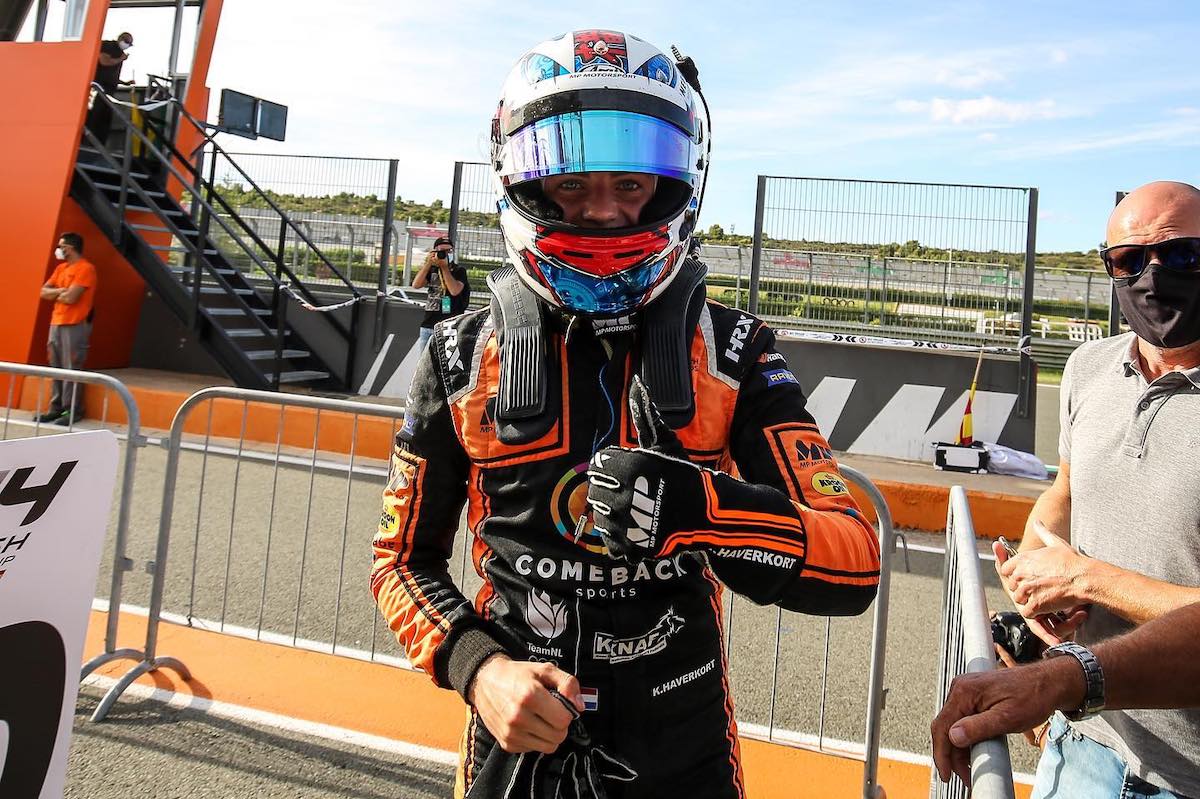 Kas Haverkort led another MP Motorsport lock-out of the top four positions in the second Spanish Formula 4 race at Valencia.

Just as in race one, Haverkort led Joshua Dufek, Thomas ten Brinke and Mari Boya – who slipped back from second on the grid this time having leapt forward from seventh in the opener.

The battle between the MP drivers was neutralised after a few laps when another of their team-mates Enzo Joullie landed in the gravel trap from further back in the pack, necessitating a safety car.

The race restarted with six minutes left on the clock and Haverkort did enough to see off Dufek, taking his sixth win of the season by 0.886 seconds to further increase his championship lead.

Ten Brinke achieved his fourth podium in five starts, with Boya finishing fourth after ultimately losing that result to a track-limits penalty after race one.

Suleiman Zanfari, who was also penalised after race one, was again the first finisher outside of MP Motorsport in fifth, with GRS team-mate Lorenzo Fluxa taking sixth away from Drivex’s Paul-Adrien Pallot at the restart.

Oliver Goethe took seventh from 12th on the grid while SMP Racing protege Ivan Nosov charged from 20th to finish eighth in front of Pallot and Carles Martinez.