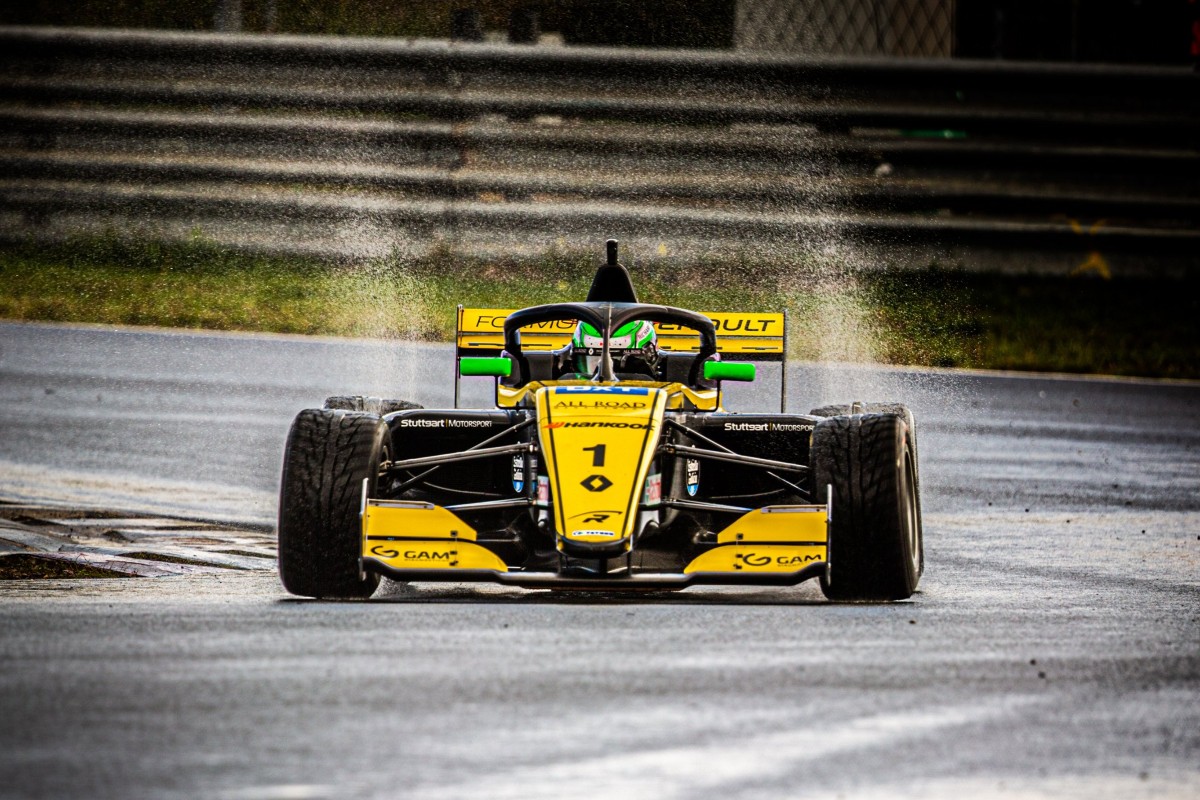 Caio Collet got the better of Formula Renault Eurocup title rival Victor Martins in qualifying for the second race at Zandvoort.

ART Grand Prix driver Martins took pole for race one, but Renault junior Collet struck back in Q2 by going almost a third of a second faster than the Frenchman in the wet.

Lorenzo Colombo set the early pace for Bhaitech, and his team-mate Nicola Marinangeli brought the session to a stop when he crashed.

Martins was the driver to beat once qualifying restarted, with Collet in second place. Both drivers quickly began to improve, and although Collet had to give up one of his efforts he was still able to build up his pace to be faster than Martins.

ART GP seemed to have the best set-up for the damp track, with Martins’ team-mates Paul Aron and Gregoire Saucy filling the second row of the grid behind him.

FA Racing by Manor’s Amaury Cordeel made a late improvement to qualify fifth, which demoted MP Motorsport’s Franco Colapinto to sixth place. JD Motorsport driver David Vidales has also been in the top five, but he got shuffled down to eighth behind Colombo.