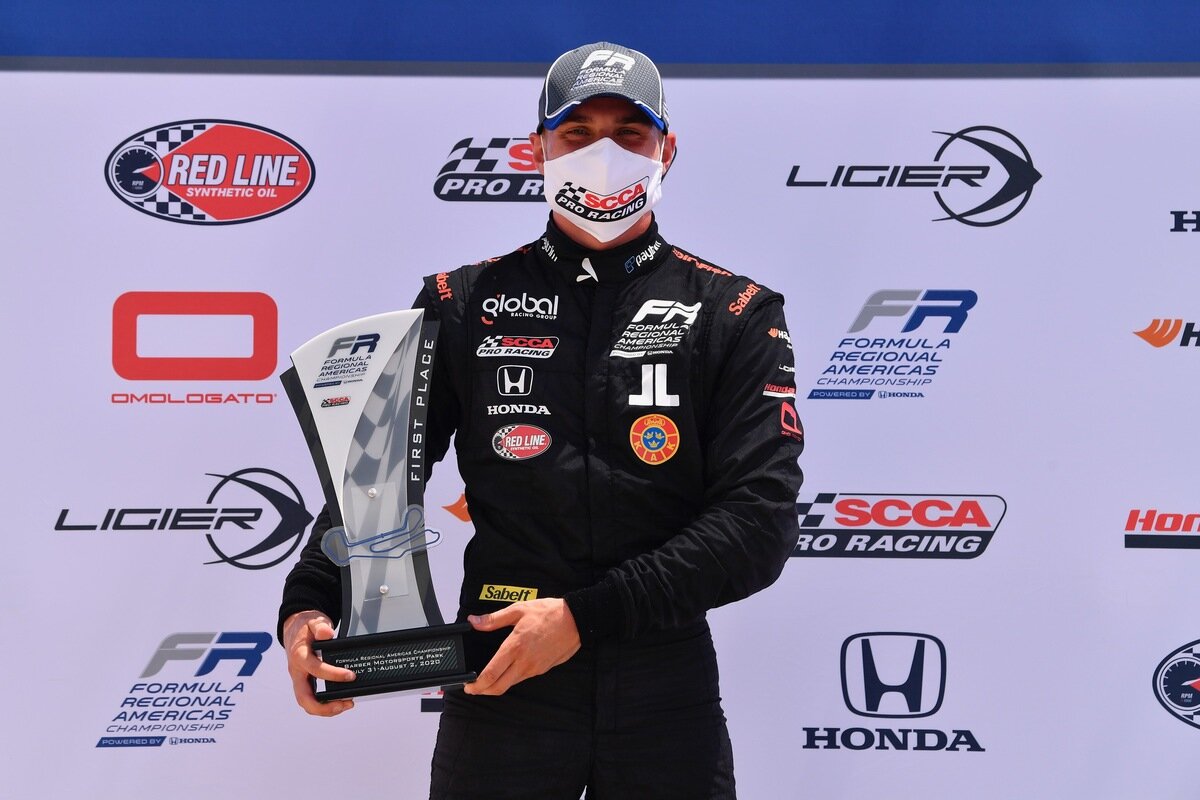 Linus Lundqvist continued his unbeaten run in Formula Regional Americas at Barber Motorsports Park, making it eight wins out of eight in 2020.

Race one was the most difficult for Lundqvist, whose pole advantage went wasted after Newman Wachs Racing’s Victor Franzoni passed him off the line.

Franzoni led for several laps before Lundqivst dived down the inside of Turn 1 and reclaimed the lead. The Swede pulled away after that, and won by 4.896s.

HMD Motorsports’ David Malukas finished third, and briefly challenged Franzoni. Reigning United States Formula 4 champion Joshua Car was in third at the start, but conceded the spot after going off on the opening lap.

Lundqvist had an easier race two, where he pulled away by several seconds on lap one alone. His focus was on making his tyres last so he could put in his best pace once the fuel load was lower, helped by the tyres cooling during a full course yellow period, and he ended up with a record fastest lap of 1m18.916s.

His Global Racing Group team-mate Nicky Hays passed Malukas for second after lap one, which set the order of the podium.

Franzoni finished a lonely fourth, while most of the race’s battling occurred in the battle for fifth almost 15s behind him.

Lundqvist made his best getaway in race three, but this time Malukas was able to stay with him early on. In the first few laps Malukas frequently got on Lundqvist’s gearbox, and he even had fastest lap for some time.

Eventually Lundqvist upped his game, putting in his first sub-1m20s lap on lap nine of 27 and immediately putting himself out of touching distance for Malukas.

He then started going even faster, and finished with a n.n gap. Hays held off race-long pressure from Franzoni for third, half a minute behind Malukas, while a problem for Jacob Abel promoted Andretti Autosport’s Danial Frost to fifth.