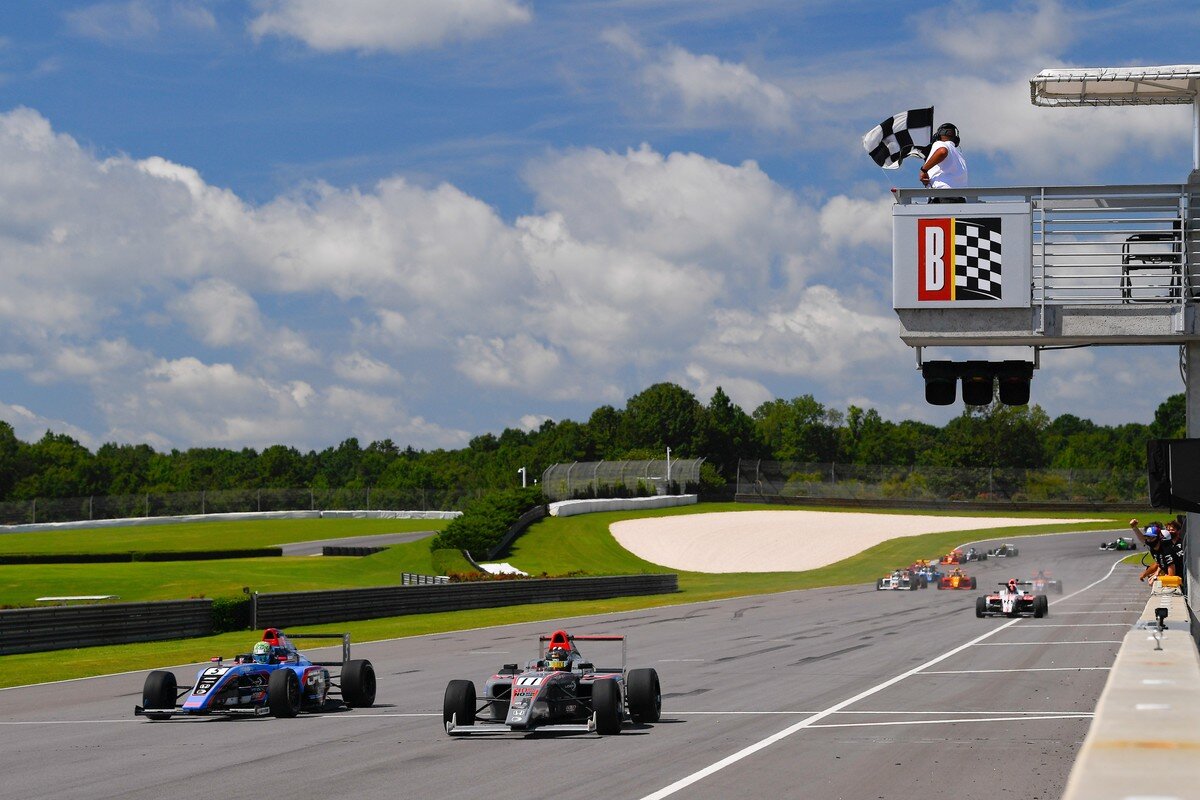 The weekend began with wet weather cancelling qualifying, and the pre-event championship standings were used to set the race one grid. Yeany didn’t get pole due to a penalty earned in free practice, and it was Crosslink/Kiwi Motorsport’s Dylan Tavella who got to start from the front.

Tavella led most of race one, which was interrupted by a crash between Yeany and Tavella’s team-mate Jose Blanco-Chock. Once racing got back underway after that incident, Tavella then slid off track and the victory battle moved on to Yeany and Jay Howard Driver Development’s Sam Paley.

It came down to a drag race to the finish line, with Velocity Racing Development’s Yeany prevailing by 0.101s.

Blanco-Chock rebounded in race two, starting in second place but quickly moving into the lead and fending off early pressure from JHDD duo Paley and Bijoy Garg. Paley was able to keep up his challenge, but was denied a chance to go for victory late on as the race finished under yellow.

In race three it was Kohlbecker who started from pole, and he had to fend off Yeany for the duration – in between two red flag interruptions and race extensions – for a hard-earned win. After many side-by-side moments, the win was also decided in a drag race to the finish.

Paley made the podium again in third, with Group-A Racing’s Nicholas Rivers finishing in fourth.

Yeany finally got pole for race four, which got converted into an easy win once Blanco-Chock and Kohlbecker were preoccupied with a race-long battle for second place that was eventually settled in Blanco-Chock’s favour.

Nick Persing was the top JHDD driver in fourth, after team-mate Paley made several errors that dropped him from podium contention to a finish outside of the points. Tavella charged up the order to finish fifth, while VRD’s Kyffin Simpson also did well to finish sixth.