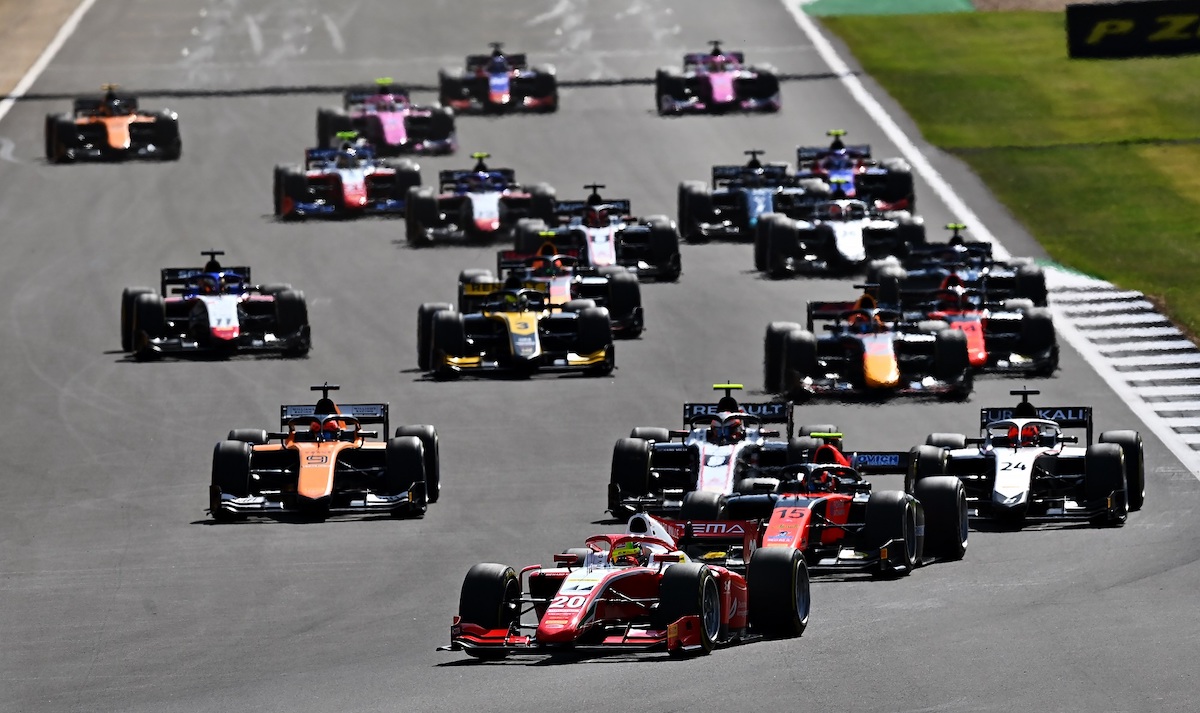 You would be forgiven for believing that Formula 2’s championship picture was starting to sound a touch ominous after the events of Hungary two weekends ago. A beautifully executed feature race win for Robert Shwartzman and a double podium for Prema Racing team-mate Mick Schumacher prompted at least some (including Formula Scout, admittedly) to believe that the double second-tier title-winning outfit was truly back to its dominant ways. The reigning FIA Formula 3 champion’s lead was substantial after just three rounds and momentum was with him.

Of course, this is F2. Of course, there would be a twist in that narrative almost immediately. It should be expected in this category. One of the nuances of this championship is how the pecking order can change drastically from one weekend to the next – even at the same track as the Red Bull Ring proved at the start of the season.

That – along with the excellent racing that we have become accustomed to since its GP2 days – is what makes following the category so enjoyable.

Prema, however, failed to make a significant impact at all during the Silverstone weekend. Shwartzman was nowhere throughout in contrast to recent weekends and didn’t pick up a single point. Schumacher failed to make too much of an impression beyond of a brilliant effort in qualifying and a good start on the softer tyres.

This produced the perfect opportunity for Virtuosi’s Callum Ilott to pounce but stalling on the grid from second in the feature race really hampered his chances – or so everyone thought. After that, Ilott put in a truly exceptional run to take fifth on a day where others struggled to make too many moves. Not the result he would have been after, but he had a good opportunity from fourth to right the wrongs in the sprint race.

He was on target to do that – he was lapping seven-tenths a lap quicker than leader Dan Ticktum before spinning off on his own at Vale. It ruined another excellent charge and prevented any damage to Shwartzman’s championship lead. 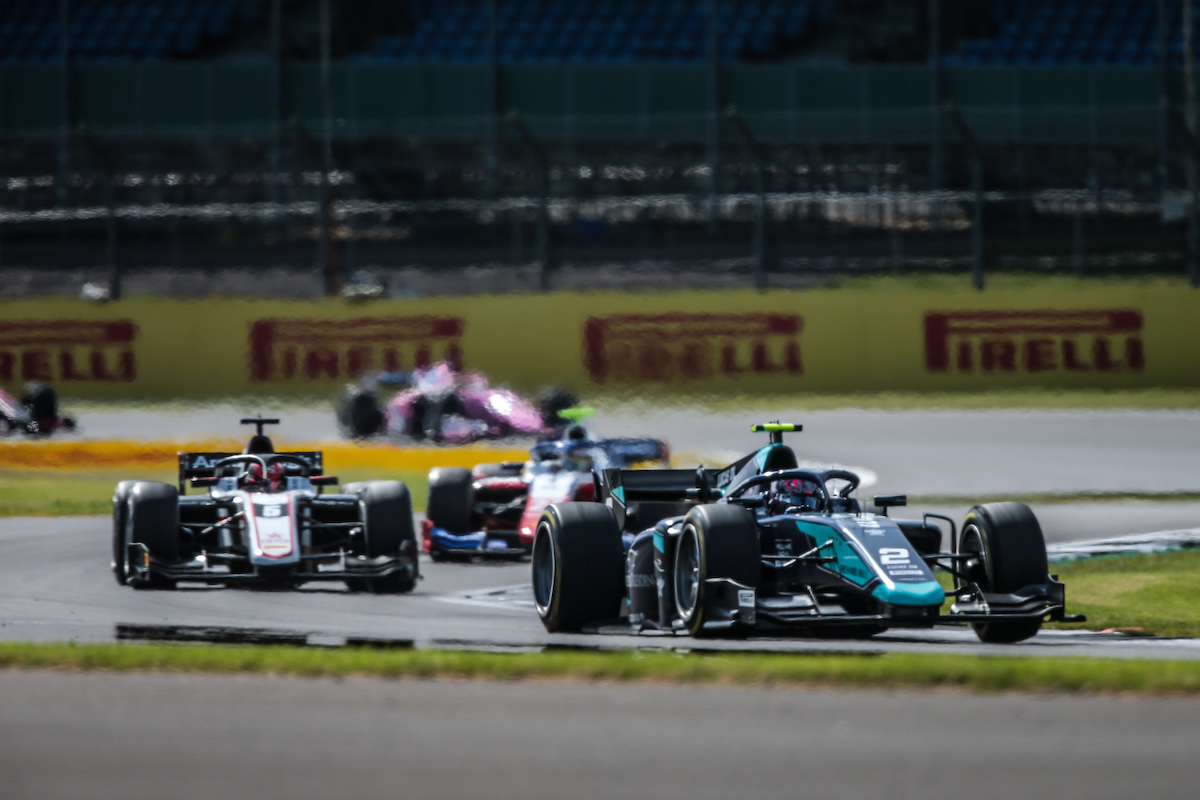 It was two drivers with a troubled reputation who came out on top – Hitech’s Nikita Mazepin and DAMS’ Ticktum – both taking their maiden victories at this level.

Ticktum himself believes that this is a statement to Red Bull – with whom he did not have the best of times, especially last year. For Mazepin, this result comes as a bit of a surprise. He admitted that he lost heaps of confidence with ART Grand Prix – the team he was successful with in GP3 in 2018 – but has rebounded superbly with newcomers Hitech this year.

Whether the pair can be forgiven for their respective misdemeanours or not is one of the topics in this week’s podcast. It is ultimately down to any one individual to formulate an opinion on that, but that both have rebounded after incredibly challenging years in 2019 is, undeniably, impressive.

All of the names featured so far are title contenders in F2 this year. And that is barely scratching the surface. While ART’s Christian Lundgaard remains coy over his title chances this year, that he is just 12 points behind Shwartzman. Title favourite for many Guanyu Zhou (Virtuosi) is 30 behind and winless this season, while Louis Deletraz (Charouz Racing System), impressive rookie Felipe Drugovich (MP Motorsport) and Schumacher are 35, 36 and 40 behind respectively.

Is it too early to count out Carlin’s Yuki Tsunoda or ART’s Marcus Armstrong either? Judging by the topsy-turvy nature of this championship, it would be unwise to.

No driver has hit 100 points yet this season and making the assumption that the six announced rounds are the only ones we run this season (and there are more rounds to be expected), it leaves 288 on the table.

Names that perhaps were expected to be towards the front include the likes of Campos’s Jack Aitken, HWA Racelab’s Artem Markelov and Hitech’s Luca Ghiotto. That has turned out to not be the case, and some have come under criticism – not least on social media – for their poor runs of form.

Such critique is perhaps a little unsupported when it is taken into consideration that even the most experienced second-tier heads consider themselves as rookies this season given the changes to the cars, as well as the importance of being with the right team as is the case in any single-spec category.

Markelov is the perfect example. He was second in 2017 – only behind Charles Leclerc – yet has failed to score a single point in 2020. Has he suddenly forgotten how to drive? Certainly not – suggesting such a thing would be simply daft. Is Aitken rubbish because he only has eight points this season? Not at all. It’s clear that the Campos outfit is struggling with tyre management along with HWA and Trident. Of the drivers with more than one season behind them, only Ghiotto has won – and that was a single sprint race in what were unconventional circumstances.

F2’s title picture, its redemption arcs, struggles for experienced heads and so much more is discussed in this week’s Formula Scout podcast.

You can also enjoy this feature in podcast form. Click below to listen, or head to Breaker, Google Podcasts, Overcast, RadioPublic, Pocket Casts, Castbox, Apple Podcasts and Spotify.