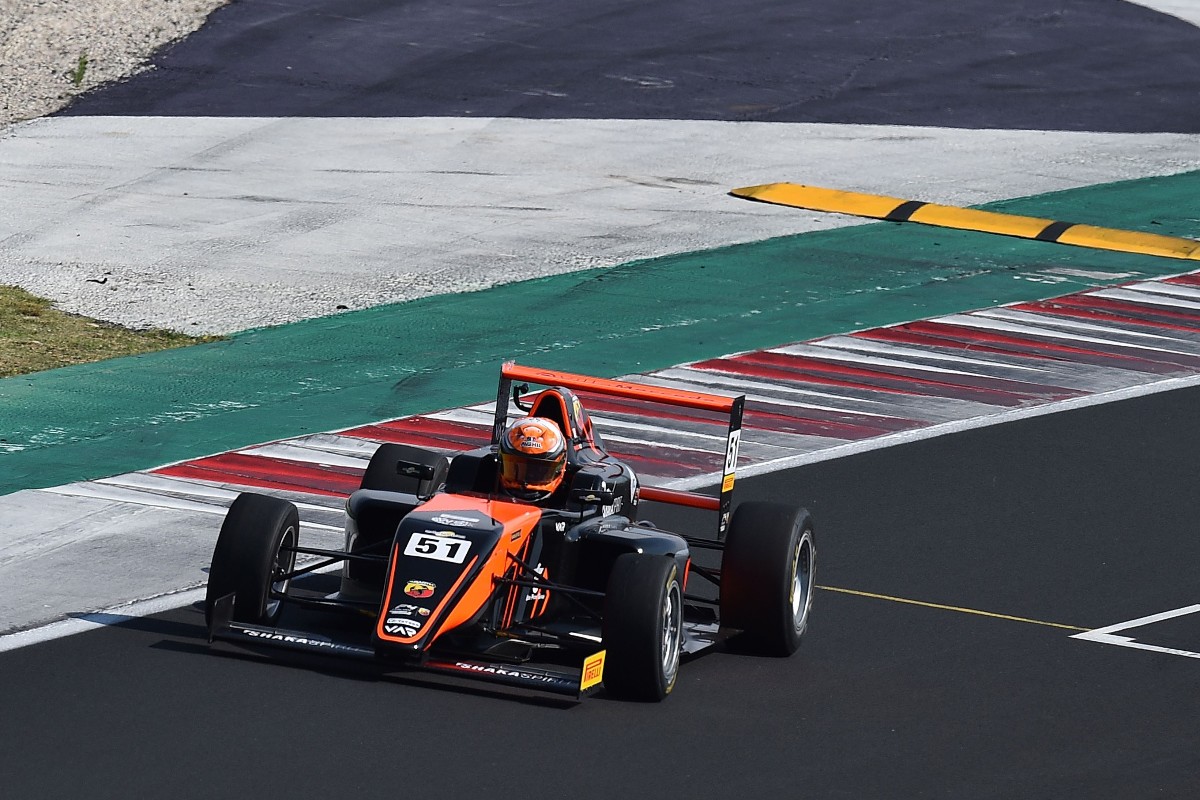 Francesco Pizzi resisted pressure from Gabriele Mini to win the final Italian Formula 4 race of the weekend at Misano.

The two Prema drivers spent the opening laps battling with one another, allowing Van Amersfoort Racing’s Pizzi to break free and Jenzer Motorsport’s Filip Ugran to close onto the back of them.

Mini and Beganovic switched focus in the second half of the race, working together to close the gap to Pizzi again.

Mini was beginning to put pressure on the race leader in the final laps when an off for Bhaitech’s Sebastian Ogaard prompted a full course yellow period.

The race ended under yellow flags and, with no overtaking allowed, Pizzi claimed the victory as Mini and Beganovic completed the podium.

Rosso defended well but Montoya was able to make a move down the inside of the Cram Motorsport driver. Rosso was left on the outside, allowing BVM Racing’s Pietro Delli Guanti to follow Montoya through. Delli Guanti tried to continue the push forward past Montoya, but couldn’t make a move stick.

Montoya was left leading a train of drivers in the fight for fifth, but defended well to match his best result of the weekend.

Bhaitech’s Jesse Salmenautio pipped Delli Guanti for sixth while Rosso dropped back to eighth with a suspected mechanical issue.