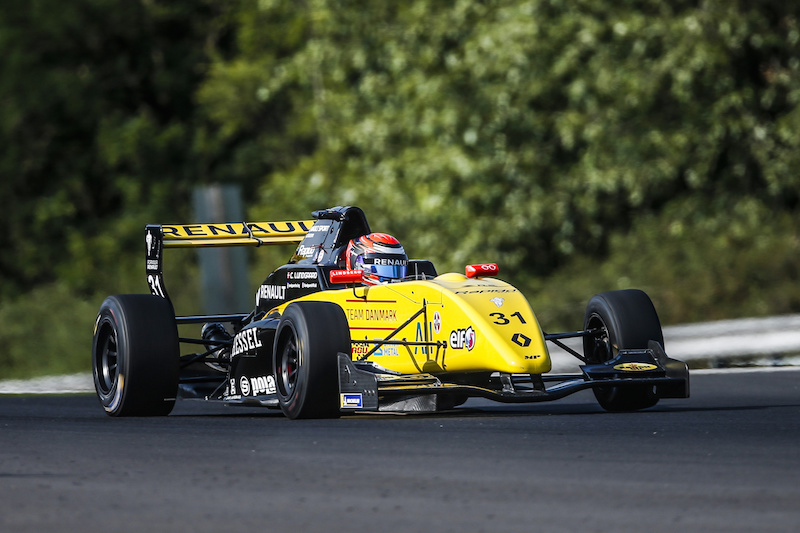 The track was wet after an early morning shower when Lundgaard hit the tarmac in the first qualifying group.

Times dropped throughout Group B?s 15 minutes on track as a drying line formed, but the improvements didn?t continue into Group A?s session, when the circuit was too dry for wets but not dry enough for slick tyres.

Lundgaard spent the entire session top of the order, but his best time, a 1m55.033s, came on his final lap.

He ended up 0.498s ahead of Max Fewtrell, who spent the entire session P2.

Lorenzo Colombo was one of a number of drivers to have a lap time removed due to track limits, but his best legal time was still fast enough to put himself P3, ahead of Alex Smolyar and Alex Peroni.

Race one winner Ye set the pace early in the second qualifying group, but couldn?t stay top of the order for long.

Arthur Rougier and Charles Milesi spent the second half of the session swapping times at the top of the order, with Milesi managing to put himself ahead of the Fortec driver by just 0.004s.

Logan Sargeant jumped to the top of the order late in the session, his 1m56.201s more than a tenth of a second quicker than Milesi?s time but not enough to put himself on pole.

Oscar Piastri climbed to P2 on his final lap of the session, finishing just 0.005s behind Sargeant.

The late improvements knocked Ye back to P5 in the group, putting him 10th?on the grid for the second race of the weekend.