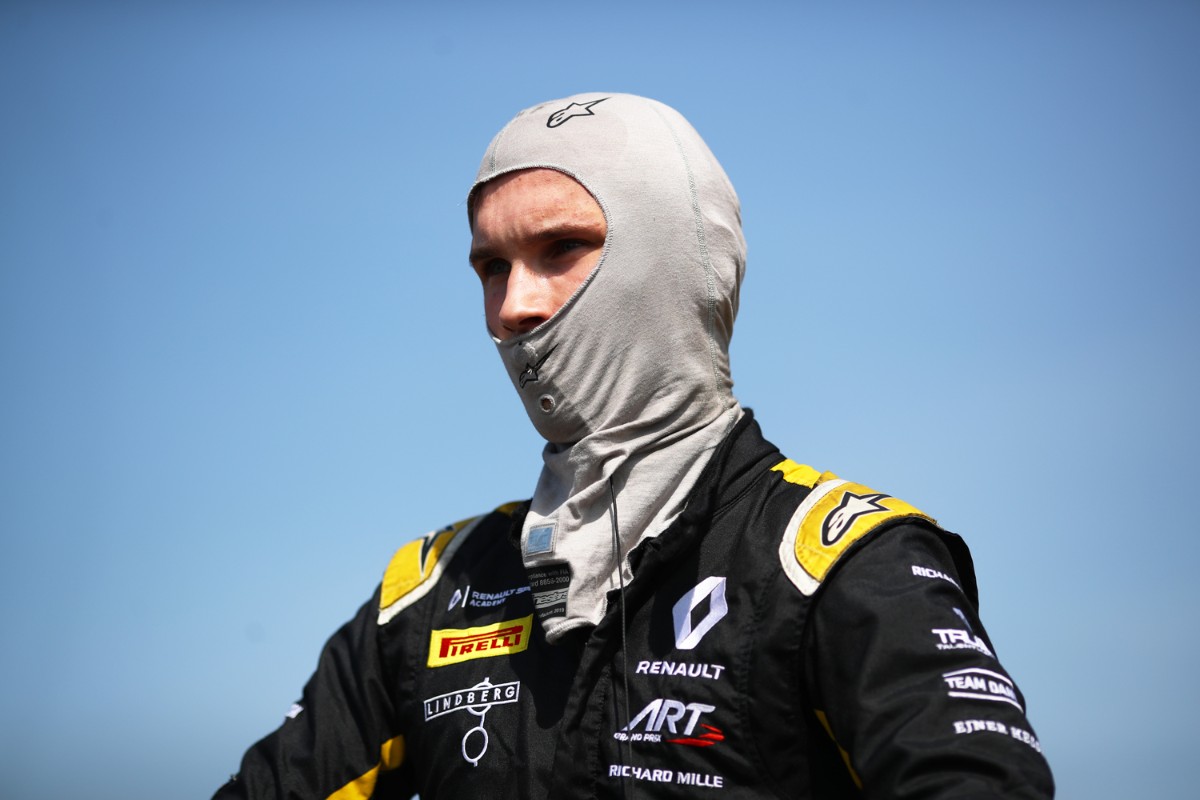 Christian Lundgaard took pole and sprint race victory in Formula 2’s visit to Mugello, but the Dane believes he should have been the winner in both races.

The ART Grand Prix driver claimed his first series pole, and led the feature race until making an early pitstop. He had just reclaimed the lead in the second half of the race when the virtual safety car was called to recover a stopped car.

Difficulties in doing that led to a full safety car period, which was swiftly repeated after a messy restart. With his lead eradicated and being on older tyres than his opposition, as well as a different compound, it didn’t take long for Lundgaard to be shuffled down several spots and he ended up finishing sixth.

That put him third on the grid for the sprint race, which he immediately raced into the lead of and then dominated.

“I think leading the whole race yesterday showed that we were supposed to win. Obviously with the safety car, like you say earlier you hope for a safety car either earlier in the race or later in the race depending on which strategy you are on,” Lundgaard told Formula Scout after his sprint race win.

“The prime-option guys made the right call, and I was on option-prime. And in the end I wasn’t too disappointed with yesterday, but to get the win today – that I believe we should have had yesterday – was a bit of a redemption for the team because they did an amazing job yesterday.

“Basically the whole week I’ve just been so satisfied with the car. I’ve never been here and I’ve enjoyed every second on track.”

As in the feature, there was a VSC period, but this time it wasn’t followed by a safety car. When asked if he was worried that the events of the feature race would repeat themselves, he replied:

“Yes. I think I need some new underwear. It was the same yesterday, we had the virtual safety car which was turned into a safety car, and I was just praying, praying… I know that my grandfather from up there was looking down and held the safety car in the garage.

“I’m just happy that we had a virtual safety car, it’s a bit annoying because normally when the virtual safety car’s ending, the lights on the steering wheel stays on, but I was in the zone with the yellow flag, so the lights on the steering wheel became yellow and they were flashing so I didn’t know that the virtual safety car was ending, and then I just hear ‘go’ from my engineer and I was ‘oh, now? Okay’. And then I actually think I increased my gap, so I think the other drivers had a bit the same problem but in the end I’m just happy to come away with the win and two points extra for the fastest lap.”