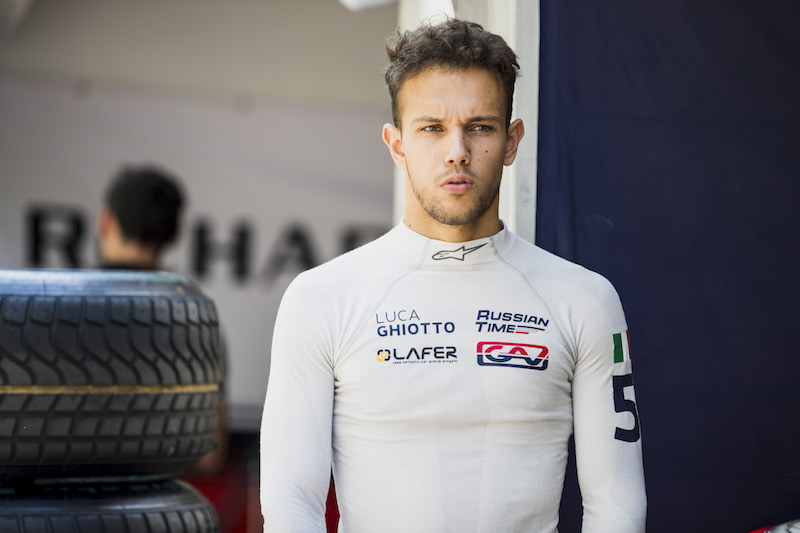 Formula 2 race winner Luca Ghiotto will continue in the series this year with Campos Racing.

Ghiotto, who was a close second to Esteban Ocon in GP3 in 2015, has raced the GP2/11 over the past two seasons, finishing eighth in 2016 with Trident and fourth last year with Russian Time, claiming one sprint race win on each occasion.

He scored points in all but two races last season as he helped Russian Time to the teams’ title, but the squad’s departure from the series forced the Italian to look for a new outfit.

Ghiotto joins a Campos team that finished ninth out of 10 teams in the championship last year, but which enjoyed wins with Mitch Evans, Rio Haryanto and Arthur Pic prior to that.

?I am obviously very excited to be joining Campos Racing,” he said.

“Adrian Campos has the highest culture of motorsport due to his past as Formula 1 driver and the following experience as winning team principal.

“This is a great opportunity for me, because Campos Racing has shown many times that it is one of the best places for a young driver to be and I intend to make the most of this opportunity, while doing the best possible job for the team.

“I would like to thank Adrian Campos and all the team for this opportunity and I?m sure it is going to be an intense and successful season for us together.”

Team boss Campos, whose squad has taken on Swiss wearable technology firm Vexatec as a new title sponsor, said: “We have been following Luca?s career for a few years and we were very impressed by his debut in the GP3 championship first and by his growth in the GP2 Series the following year, up to the 2017 season when the series became FIA Formula 2.

“To succeed in this challenge, particular drivers with an exceptional profile are needed and Luca meets this requirement perfectly.

“We are therefore very pleased to have him in Campos Racing, joining forces to approach the 2018 FIA Formula 2 championship with the highest of ambitions.”