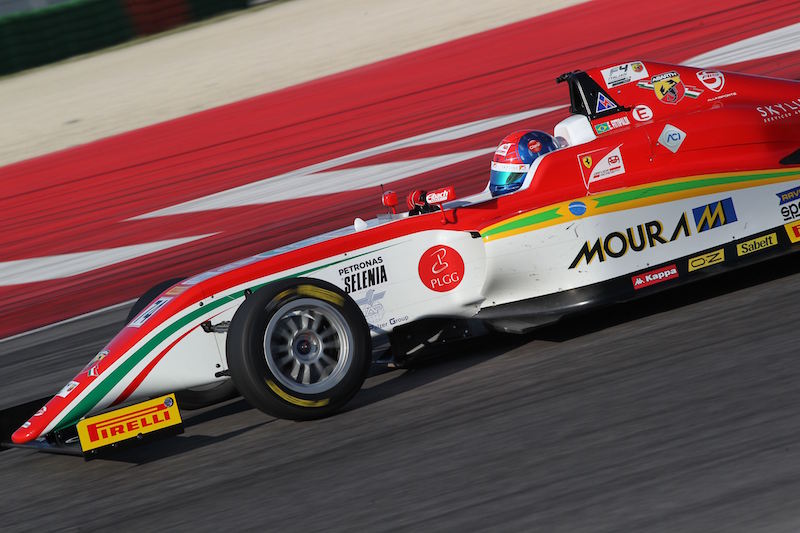 Enzo Fittipaldi will remain with Prema for a second season in Formula 4 this year.

The American-born Brazilian, who is the grandson of two-time Formula 1 world champion Emerson, younger brother of 2017 World Series FV8 3.5 champion Pietro and a member of the Ferrari Driver Academy, will participate in a dual programme of Italian and ADAC F4.

Fittipaldi focused on Italian F4 last year with Prema, his first season in single-seaters, finishing 10th in the standings.

He also participated in a solitary ADAC round at the Nurburgring, using the reversed-grid to claim his first, and so far only, podium in car racing.

Prior to that, he had karted in America, before stepping up to cars in the Ginetta Junior championship in 2016.

“I am very excited for the new season and I am really happy to be working again with a top team like Prema,” Fittipaldi said.

“Last year was a positive one and I am really confident that this year will be one to remember.

“I’m really looking forward to the start of the season.”

Grazia Troncon, Prema’s F4 team manager, said:??We are proud to welcome Enzo back for another year together.

“He was brilliant in how he faced his first steps in full-time open-wheel racing, and his results were really positive too.

“It will be absolutely interesting to see him line-up for such a busy season and we are sure that, continuing the same progression of 2017, he will become a top contender, highlighting the work done with the team and the Ferrari Driver Academy.?

Formula STCC Nordic frontrunner William Alatalo will join Mucke Motorsport for Italian F4 this year, and will make his debut in the Tatuus chassis used in the championship in this weekend?s UAE F4 round at Yas Marina.

The 15-year-old Finn will be joined by the previously announced Niklas Krutten at the team for the Italian F4 season, and the German is expected to make at least one appearance in UAE F4 too.