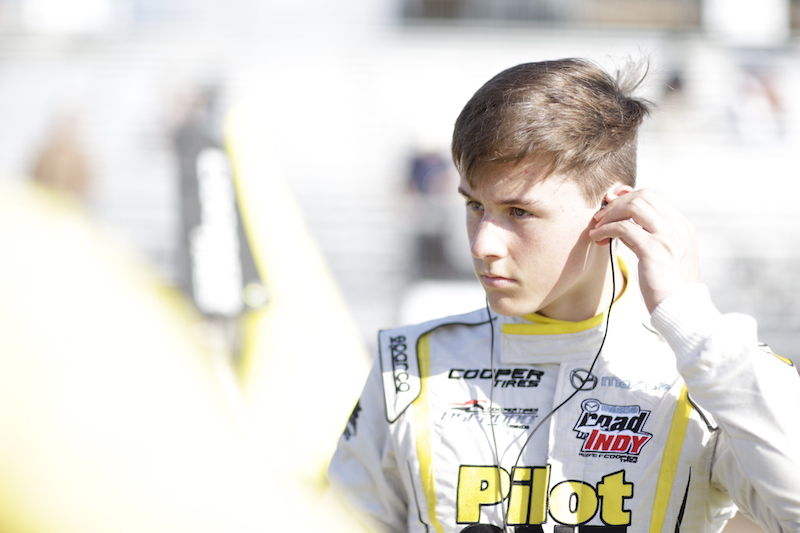 Frederick finished fourth in the standings last year with Team Pelfrey, and will team up with fifth-placed Calvin Ming at Pabst.

?After testing in the off-season in BRDC British F3, Pro Mazda, Formula Atlantic and USF2000 machinery, I’ve decided to focus on the USF2000 campaign in 2018,? said Frederick, who will celebrate his 16th birthday next week.

?Pabst Racing will provide the ideal team, car, and race preparation to enable me to win the championship. After testing with Pabst and winning races with Tonis Kasemets in Formula Atlantic [over the winter], I’ve found a team, lead engineer and environment that let my driving skills and focus excel.?

Ming, who is currently competing in the Toyota Racing Series, said:??I feel confident going into the 2018 series after having a successful 2017 season with the [Pabst] team,.

?I have learned quite a lot from working with them last year, and I am confident that they can provide me with a very competitive car throughout the season this year.?

?My goal for this year is simply to take everything I have learned from working with the team last season and apply those same techniques to the best of my ability in order to win the championship.”

Frederick and Ming will be joined at Pabst by Lucas Kohl, who finished seventh in USF200 last season and 12th the year before, and leading Swedish karter Rasmus Lindh, who will be making his single-seater debut.

Pelfrey has revealed three drivers so far, with their line-up currently being led by Brazilian returnee Bruna Tomaselli, who was 21st in USF2000 last season, and also contested a round in the National Class.

Newman Wachs Racing also has three drivers lined up so far, with Darren Keane, who was 11th in the standings last season, heading up USF2000 rookies Oscar DeLuzuriaga, who finished 20th in the Lucas Oil Formula Car Race Series last year, and David Osborne, who was fifth in the 2017 F1600 Championship series standings.

Kory Enders and DEForce Racing remain together for a second season after a successful run to ninth last year, while 2017 Mazda Road to Indy Shootout winner Keith Donegan has yet to reveal which team he will be making his American debut with.