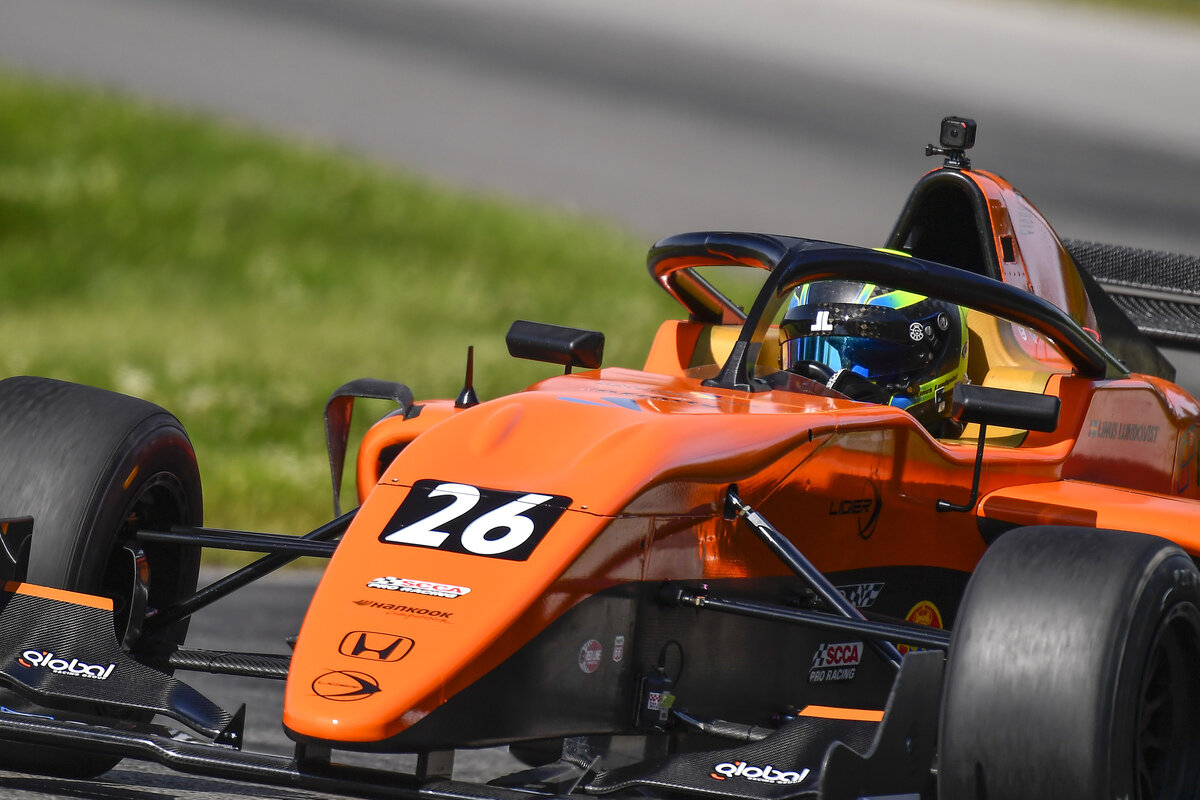 Global Racing Group driver Lundqvist was untouchable throughout the race, and had built a six second lead over second placed Santiago Urrutia (HMD Motorsports) when the safety car was brought out as Momentum Motorsports’ Kent Vaccaro ran into problems.

Urrutia was unable to stick with Lundqvist on the restart, and the Swede once again extended his lead to win.

Single-seater returnee Urrutia had snatched second off the line as front row starter and team-mate David Malukas dropped down the order. He spent the first half of the race battling to keep fellow returnee Victor Franzoni behind him, but had begun to pull away from the Newman Wachs Racing driver shortly before the safety car period.

On the restart, Malukas managed to find a way past Franzoni and brought the challenge to Urrutia in the closing stages of the race.

Urrutia appeared to have it under control until two laps before the chequered flag, when a small mistake put him into the barriers at turn five.

Malukas swept past, and Urrutia managed to get his car back out of the barriers before then getting beached on the grass.

The podium was completed by Malukas and Franzoni, with the cameoing Benjamin Pedersen (GRG) in fourth.

GRG’s James Roe Jr spent the race leading a small train of drivers, managing to hold onto his position at the restart to retain fifth place. He finished 0.5s ahead of Jacob Abel.

Jordan Missig took seventh ahead of Daniel Frost, who managed to pass Nicky Hays in the closing stages of the race. Antonio Serravalle completed the top 10.

US F4 season starts with rain-shortened race at Mid-Ohio