US F4 season starts with rain-shortened race at Mid-Ohio 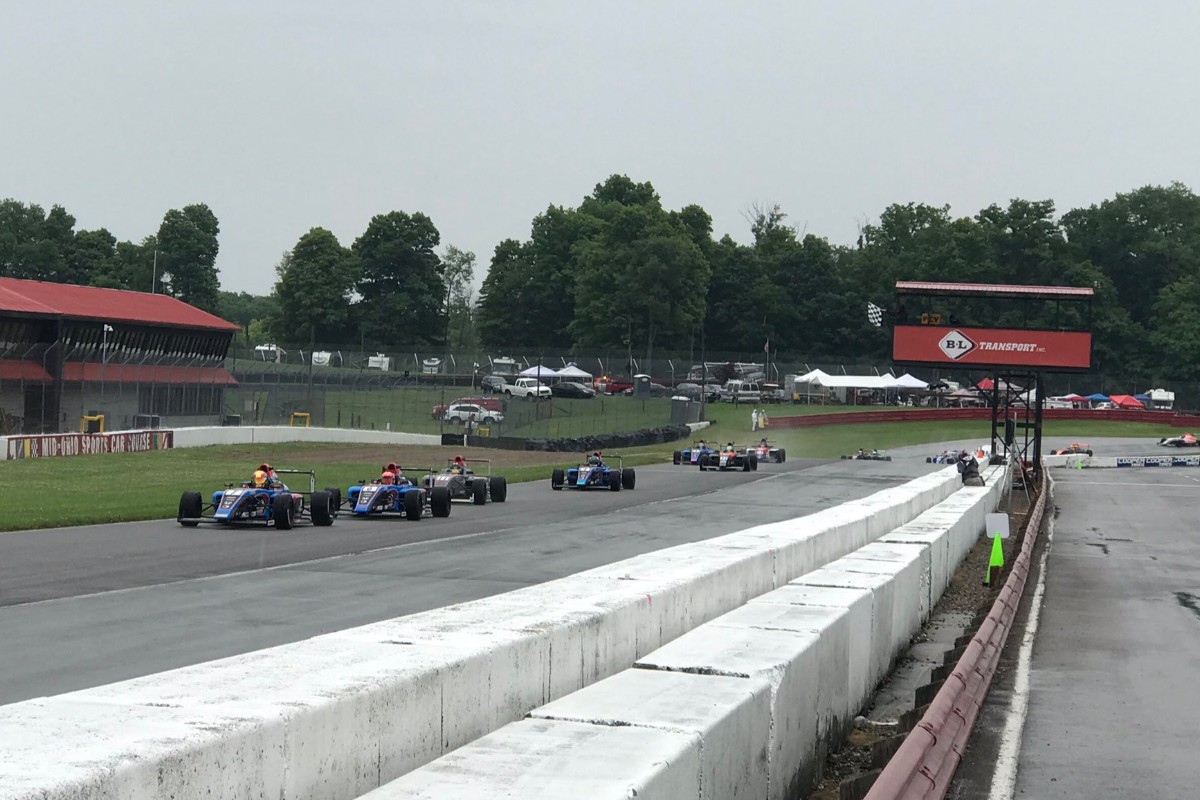 The United States Formula 4 season began with a safety car-led wet race after multiple opening lap incidents, which was won from pole by Christian Bogle.

Jay Howard Driver Development’s Bogle only had to retain his lead for half a lap of green flag action to take the win, as the rest of the shortened five-lap.encounter ran behind the safety car.

The race had already been shortened to 15 minutes as the rain arrived, to ensure the grid could switch to wet weather tyres.

Six drivers going off the track on lap one led to the race under going yellow, although three of those drivers – including Bogle’s team-mate Nolan Siegel – were able to extract themselves and make it back to the pits.

He kept his car on track in tricky conditions as the field followed the safety car, while Velocity Racing Development’s Yeany survived one brief scare to complete the podium.

JHDD made up three of the cars in the top four, with Nick Persing climbing up to fourth ahead of Jose Blanco-Chock (Crosslink/Kiwi Motorsport), Sam Paley (JHDD) and Spike Kohlbecker (Crosslink/Kiwi).