With four wins from the first five races of the season, Belgium’s Stoffel Vandoorne is leading the Formula Renault Northern European Cup, while he lies second in the Eurocup standings…

As a member of the Belgian authority’s RACB National Team, Stoffel has already been marked out as the leading prospect from a nation that produced two-time World Championship runner-up Jacky Ickx and one that has one of the world’s most famous racing circuits, Spa-Francorchamps. A graduate of the French Autosport Academy as the champion of its F4 racing series in 2010 and a member of the first FIA Institute Academy last year, Stoffel is now chasing silverware in the Formula Renault NEC and Eurocup.

Stoffel began karting in 1998 at the age of six, and ten years later he won the Belgian KF2 Championship. In 2009 he finished runner-up in the CIK-FIA KF2 World Cup, also contesting the European Championship and the WSK International Series.

In 2010 he stepped into car racing by contesting the F4 Eurocup 1.6, which supported the World Series by Renault. Stoffel won six of the 14 races to claim the title. 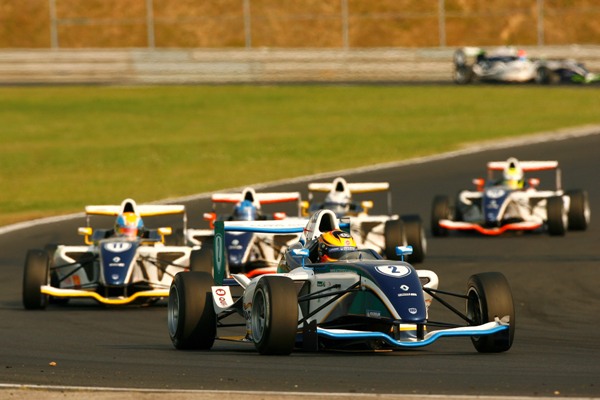 Stoffel moved on to Formula Renault 2.0 for 2011, signing with the Belgian KTR team and contesting both the Northern European Cup and the Eurocup. With eight podium finishes, he finished in third place overall in the NEC as the best of the rest behind Red Bull duo Carlos Sainz and Daniil Kvyat.

In the Eurocup, Stoffel claimed one podium finish as part of a run of nine straight top-seven finishes that moved him up into fifth place in the final standings.

For 2012, Stoffel has remained the NEC and Eurocup but switched to the Dutch Josef Kaufmann team, who won the Eurocup title in 2011 with Robin Frijns. Stoffel’s season began with the NEC season-opener at Hockenheim in Germany, where he won two of the three races. A 19th in the other race however left him 12 points off the early championship leader Jake Dennis.

Then came the first two rounds of the Eurocup, with Stoffel scoring a third and fourth-place finishes at Aragon, before a second and a third at rounds two on home soil at Spa.

Last weekend Stoffel dominated the second weekend of the NEC campaign at the Nurburgring, winning both races from pole with two fastest laps. That moved him into a 25 point lead over Dennis with six rounds remaining. He’ll be looking for a repeat performance at the Nurburgring this weekend for the third round of the Eurocup, where he is currently second overall and 27 points away from leader Kvyat.

Talent rating: Winning the F4 title and his selection for the FIA Institute Academy marked Stoffel out as one to watch, and he’s since showed strong pace and recorded good results in Formula Renault 2.0. While last year he couldn’t match the likes of Sainz and Kvyat with a year of Formula BMW behind them, he’s showing well against the Russian hotshot this year. 8/10

Chances of getting to F1: Stoffel has the talent to go to the very top of the junior ladder, and should he go well there he can make it to F1. Backing may be his only hurdle, as its not clear how far he can go on the backing of the RACB. Next year, finances allowing, a step up to Formula Renault 3.5 could be on the cards, with F3, GP3 and F2 as alternatives. 7/10 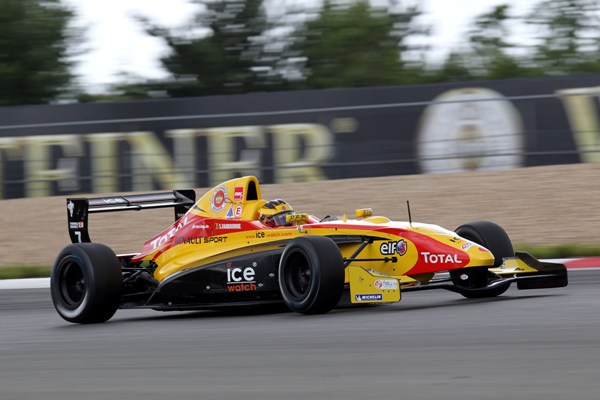 Roundup: All the winners (and losers) from a busy weekend