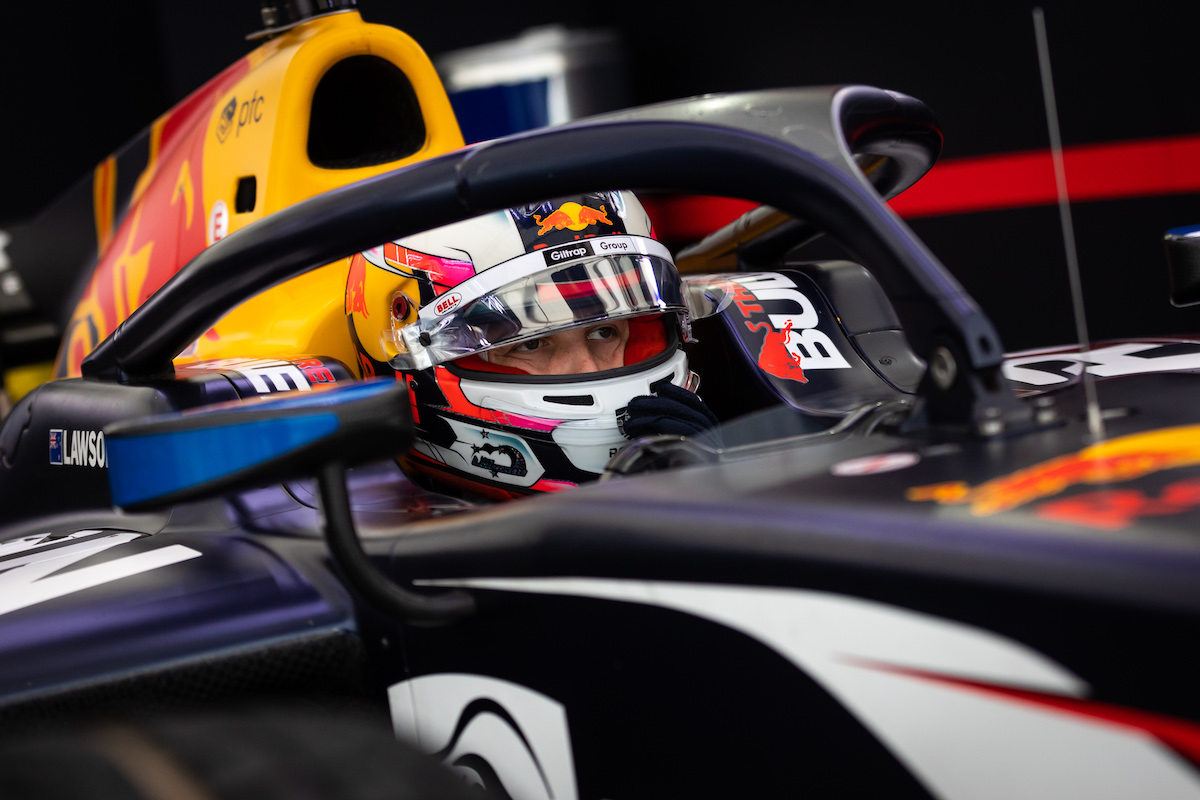 Liam Lawson topped the times in a dramatic Formula 2 qualifying session in Monaco in which both groups ended with crashes and with Lawson as one of a number of drivers under investigation.

Group A drivers faced yellow flags in the final sector of their final laps after Felipe Drugovich hit the wall at Antony Noghes while sitting at the top of the times.

Then in the closing stages of Group B’s session, Jake Hughes suffered a big crash after going over the kerbs on the entry to the swimming pool section.

The Van Amersfoort driver dislodged his front wing and was sent at speed into the barriers. He was able to climb out of the car, but the incident brought out the red flag and an early end to qualifying.

It meant the first qualifying group would end up as the quickest of the two sessions.

Championship leader Drugovich topped the times early on and continuously lowered the benchmark, managing to set a 1m21.348s lap before coming to a stop on track.

Though Lawson was behind Drugovich on track, he was able to improve to set a 1m21.229s lap. As he came through a yellow flag zone on his way to the top of the times, the lap is under investigation.

A number of other drivers, including Ayumu Iwasa, are under investigation for the same infringement. Iwasa set the second quickest time, just 0.059s off Lawson’s time, with Drugovich ending up third. Should Lawson and Iwasa lose their laps, Drugovich’s time will be good enough for pole position.

Jack Doohan and Marcus Armstrong completed the top five in Group A.

Group B struggled to find the same pace as the drivers in the first qualifying group prior to the red flag. The top time changed hands multiple times, with Logan Sargeant, Roy Nissany, Jehan Daruvala, and Enzo Fittipaldi all spending time at the top of the order.

Juri Vips was briefly able to go quickest before Theo Pourchaire managed the fastest time of the session. His 1m21.535s time wouldn’t beat the four fastest times from Group A, however, meaning he will start from second on the feature race grid and not repeat his pole from 2021.

Vips was second when the red flags came out, ahead of Fittipaldi and Daruvala. Hughes managed the fifth fastest time in the session, and qualifies P10 overall, potentially putting him on reversed-grid pole for the sprint race.