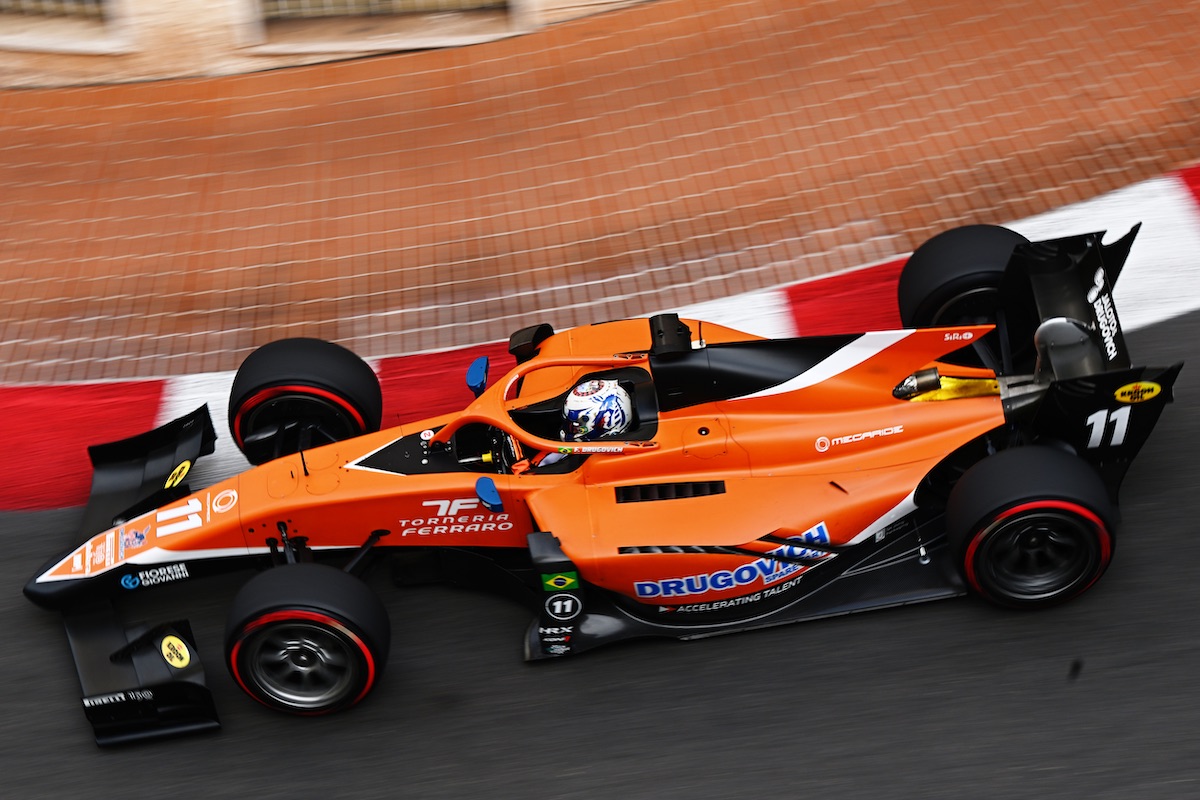 Felipe Drugovich has been promoted to pole position for the Monaco Formula 2 feature race after Liam Lawson and Ayumu Iwasa were penalised for not yielding when they passed the Brazilian’s crashed car in qualifying.

Drugovich had the fastest time when he hit the barriers at Antony Nogues corner at the end of Group A’s session and came to a stop by the pit wall, triggering a yellow flag for the following drivers on their final flying laps.

Lawson and Iwasa both bettered Drugovich’s time to finish first and second in the group – with Lawson’s time good enough to take pole – but did so under that yellow flag, which led them to be investigated.

Shortly after the session in the press conference, Lawson said: “I didn’t see [Drugovich] until basically before the line where he was parked. The wall curves onto the straight. It’s basically a constant right-hand turn, and he was so late I didn’t see the car basically until we went around.

“For me, it was fine. I left plenty of space. I wasn’t aware that he was there basically until it was too late.”

Lawson had his fastest time deleted and was given a five-place grid penalty for Saturday’s sprint race.

The stewards determined he “did not noticeably reduce his speed in the sector where the yellow flag was displayed for the stranded Car 11. His mini sector time was only 0.012s slower than his best time of that mini sector. During the hearing, the Driver furthermore admitted that he saw the yellow flags and the yellow light panel at Marshal Post 20A. As it was not evident that the driver had reduced speed, the Stewards impose the above penalty.”

The stewards found Iwasa encountered double yellow flags rather than single yellow flags like Lawson, and should therefore have abandoned his flying lap. They therefore handed him a greater penalty of a 10-place drop for the sprint race as well as deleting his time.

With Lawson and Iwasa having their times deleted, Drugovich moves to top spot in the Group A results and inherits pole position, with his 1m21.348s still better than the quickest Group B time set by Theo Pourchaire.

Jack Doohan was also investigated for improving his time under the yellow flag to go fourth in the group, but he was found to have conceded 0.7s in the final two mini-sectors compared to his previous best. It means he keeps his time and moves up to third on the feature race grid.

Lawson’s previous best puts him third in group and fifth on the grid, with Iwasa down in seventh and 13th on the grid. Jake Hughes remains on course for reversed-grid pole for the sprint race with Dennis Hauger now alongside, while Lawson’s grid penalty demotes him from sixth to 11th.

Olli Caldwell also takes a three-place grid penalty for impeding Marino Sato, having qualified 20th for both races, as well as one point on his record, his 10th of the season.