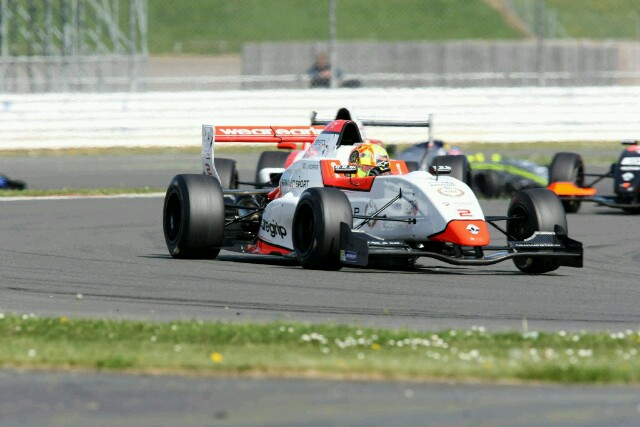 Lando Norris made up for the disappointment of not starting the first Formula Renault NEC race at Silverstone by dominating the second.

Norris, who was forced to retire?on the formation lap of race one with a gearbox problem, led from pole position to chequered flag, opening up a lead of over four seconds in front of fellow home driver?Will Palmer.

Having lost second to?Dorian Boccolacci late on in race one, Palmer this time withstood race-long pressure from the Frenchman.

Jehan Daruvala claimed fourth place after a brilliant pass on race one victor?Max Defourny around the outside of Vale, though the Belgian finished just a tenth behind?the Indian in the end.

Robert Shwartzman was forced to retire in the one significant incident of the race, in which he was harpooned by?Henrique Chaves at the Loop.