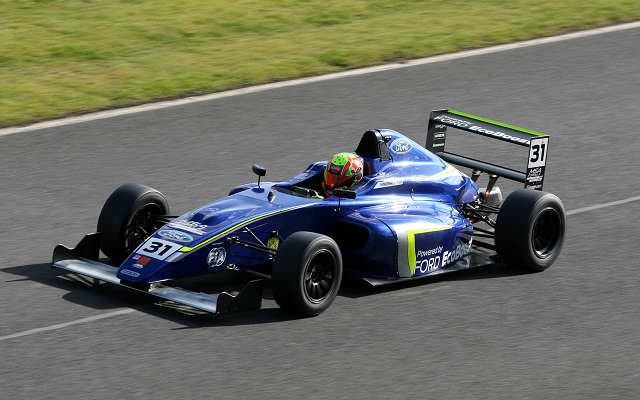 Lando Norris claimed victory on his single-seater debut in the first race of the new MSA Formula series at Brands Hatch.

After qualifying second on the grid, the world karting champion and Ginetta Junior graduate claimed the lead off the start.

Pole-sitter Dan Baybutt slipped back to fourth on the opening lap, with Matheus Leist up into second and Dan Ticktum third.

The race was neutralised by a safety car after incidents in the first few tours, with Jack Barlow retiring to the pits and Louise Richardson and Gustavo Myasava also out.

After the restart, Leist put the pressure on Norris and closed to within two tenths of a second across the line at one stage, but the Carlin prospect responded well and quickly opened up a one-second advantage to make sure of his victory.

Meanwhile, Brazilian F3 B-class runner-up Leist fell back into the clutches of car racing debutant Ticktum, and the Fortec driver was able to depose his Double R counterpart from second place at Druids on the penultimate lap.

World junior karting champion Enaam Ahmed was up into fifth by the end of lap two but was shuffled back to ninth by the finish, with Tarun Reddy completing the top ten.