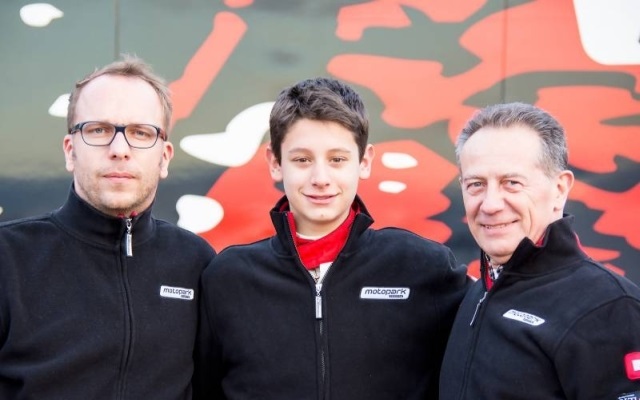 Venezuelan Jonathan Cecotto has been named as Motopark’s fourth driver for the forthcoming ADAC F4 season.

Having raced karts since the age of four, Cecotto spent most of his early career in Italy. He was third in the 2010 Trofeo Nazionale Easykart 60cc series, which was followed by a sixth place in the Easykart European Series 100cc a year later.

He also tested Formula BMW and F4 cars in the past as well as taking part in the Italian F4 Adria Winter Trophy at the end of 2014, collecting two eight places.

“I am very excited to start the Formula 4 season, especially because its my first championship in a single seater,” commented Cecotto. “I have been working hard all winter, and I will give everything I can this year. I am also very happy to be part of Team Motopark, which is an excellent and very competitive team. They can definitely teach me a lot, which is really important at the moment. The final goal though, is always to win as much as possible.”

“Everybody in German racing knows the name ‘Cecotto’, we are really taking a big heritage aboard,” said Motopark boss Timo Rumpfkeil. “We feel honoured that someone so knowledgeable as Johnny Cecotto has chosen our Team Motopark for his youngest son?s first steps into car racing. We know young Cecotto will be under the spotlight simply because of his name, and that everybody will be watching us. But we?re convinced we can deliver the goods and make Cecotto live up to his big name.”

Cecotto will race alongside German duo Michael Waldherr and Jannes Fittje as well as Swede Joel Eriksson, completing a four-car lineup at the team.