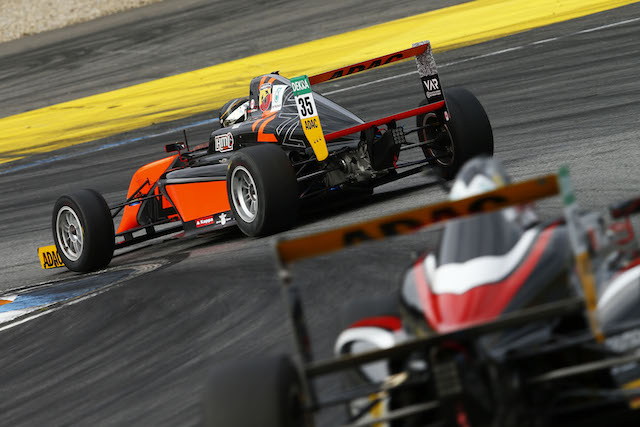 Kami Laliberte will stay in ADAC Formula 4 with Van Amersfoort Racing this year, rather than step up to Formula 3 with the team.

The 17-year-old Canadian’s father Guy is an investor in the Dutch-based team, and he had tested with its F3 arm at the end of last year, but he will instead continue in F4 for another year.

Laliberte began racing in ADAC F4 with VAR in the middle of 2015 alongside a full campaign in the French series, and last year finished ninth in the German-based championship.

He took a reverse-grid win at Zandvoort and came close to doing the same in the final race of the year at Hockenheim, but lost out to?Mick Schumacher on the final lap.

He has recently completed a second straight campaign in the Toyota Racing Series, finishing 10th in the standings.

“In motor?racing, whether it is on track or even on the simulator, adding more and more kilometres will always remain a very good recipe. Our young friend has applied this theory and made progress.”

Laliberte added: “I am very happy to be back for a second?year as part of such a quality team like VAR. They offer me the best environment and all the necessary tools to be successful.

“I intend to complete my experience in F4 on a good note and it is my intention to take advantage of the experience acquired in the ADAC championship during the 2016 season to collect good results each time I will be on track, whether it?s in qualifying or in a race.”

Laliberte’s return to F4 clears the way for team-mate and series champion Joey Mawson to make the step up to European F3 with the team, alongside the already-signed David Beckmann and Pedro Piquet and also Harrison Newey, who pipped the Australian to the MRF Challenge title last weekend.

Felipe Drugovich and Louis Gachot have already been announced as team-mates for Laliberte in F4 this year.