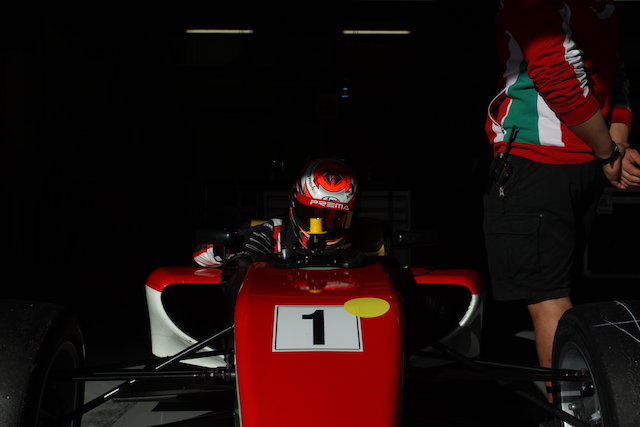 Marcus Armstrong will contest both the Italian and German Formula 4 championships with Prema this year, with fellow Ferrari Driver Academy recruit?Enzo Fittipaldi to focus on the Italian series.

The duo joined the academy at the end of last year, and follow Charles Leclerc, Antonio Fuoco (both GP2) and Guan Yu Zhou (Formula 3) in signing with Prema for 2017.

He finished fourth in his Formula Renault debut last September and has since contested the Toyota Racing Series in his homeland, finishing fourth overall with three victories.

?I?m very pleased to be working with Prema Powerteam for the 2017 season,” he said.

“There is a huge amount of knowledge and experience within the team, and it’s fantastic to share the same ambition.

“We are hungry for results, which is something I have learned to love about Prema.

“They have a fantastic reputation and I can’t wait to learn and grow within the team.

“Between Prema and the Ferrari Driver Academy I feel a great collaboration and I can’t thank them enough.”

Prema had already re-signed Juri Vips and Juan Correa for second seasons with the team, with both to focus on the ADAC series and make selected appearances in Italy.

“In his maiden European outings, Armstrong showed good potential and we are sure that, with our support, he will be a top performer,” team boss Angelo Rosin said.

“Enzo is only 15 years old and has relatively little experience in single seaters, but we are sure that, with the help of our staff and of the Ferrari Driver Academy, he will step up very quickly, leaving a strong impression on-track.”