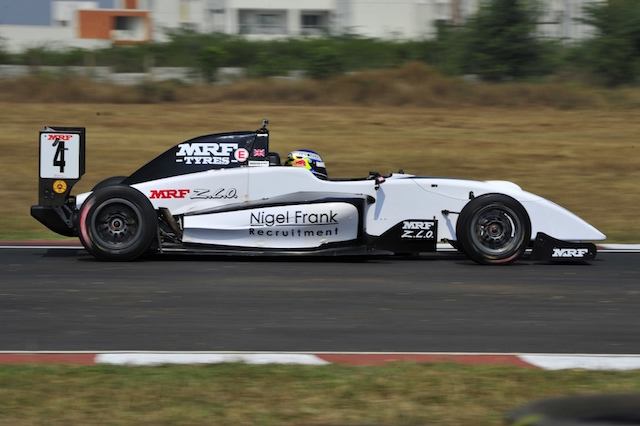 Harrison Newey has claimed the MRF Challenge title on a tie-break with?Joey Mawson after winning both races on the final day of the season at Chennai.

As had been the case on Saturday, that brought Mawson’s lead down to 12 points, but the Australian started on pole for the finale based on fastest lap.

He kept the lead at the start, as Newey took second from Schumacher and Aron was sent into a roll at the first corner after trying to pass?Neil Verhagen, who started fourth.

The race went under safety car until the end of lap four, after which Mawson was unable to get his lead far above half a second.

Then at the end of lap 10 of 15, Mawson made a mistake that allowed Newey to pounce for the lead, with Schumacher following him through.

Newey already had the fastest lap, giving him two bonus points to tie with Mawson, and the Briton made sure of that again before the finish.

His seventh win of the campaign, with Mawson having three, was enough to give him the title.