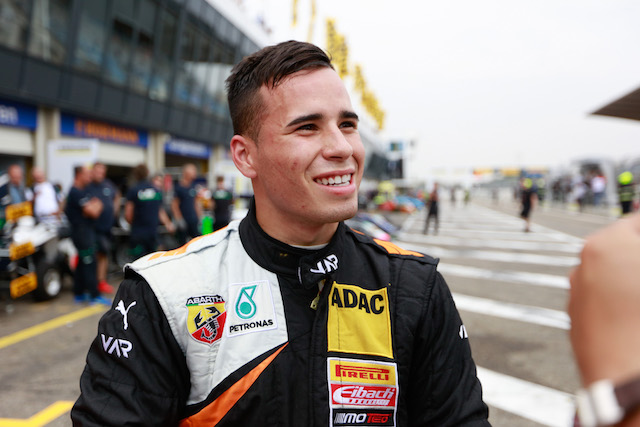 Joey Mawson has secured a step up to the FIA Formula 3 European Championship with Van Amersfoort Racing after winning last year’s ADAC Formula 4 title with the Dutch team.

The Australian took 10 wins on his way to the 2016 F4 crown, after finishing third behind Marvin Diesnt and Joel Eriksson in his rookie year in Germany the previous season.

He joins another of his 2015 rivals David Beckmann as well as the returning Pedro Piquet as confirmed drivers for VAR in F3, with Harrison Newey – who pipped Mawson to the MRF Challenge title on a tie-break last weekend – expected to also stay on to complete the line-up.

Kami Laliberte, whose father has invested in VAR, tested with the F3 team at the end of last year but on Monday?announced he would contest another?season at F4 level.

?We really enjoyed working with Joey in the past two years and after all the success we have had together, it was only natural we could work together for the coming season,? said team boss?Frits van Amersfoort.

?Allowing drivers who raced with us in the lower formulae to make the next step in their careers while staying with our team is exactly in line with our philosophy of the Van Amersfoort Racing single-seater staircase.

?Joey is a perfect example and we are looking forward to working with him again this year.?

Mawson said: ?I am ready for the next step,?and following the strong relationship we have built up, I am glad to be taking the next step together with Van Amersfoort Racing.

?I know everybody in the team, they know me, so that will definitely help to speed up the learning process in my first season in Formula 3.

?I am well aware of the task that I am facing, but I am eager to learn and acquire more experience. I have already had my first taste of driving the Dallara-Mercedes Formula 3 car and I can hardly wait to get back behind the wheel again!

?And a big thank you to the investors of Podium for their continued support, without them I would not be able to continue racing in Europe.?