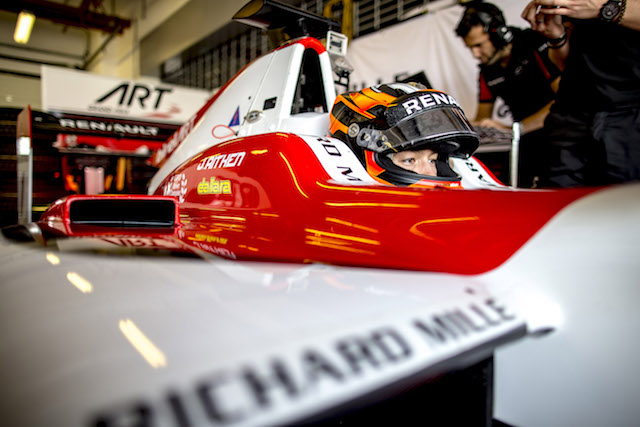 The 21-year-old Briton will also continue as part of the Renault Sport Academy, which he joined last year after claiming the 2015 Formula Renault Eurocup and Alps titles.

Aitken finished fifth in the GP3 standings last year driving for Arden, finishing on the podium on six of the last seven races including a win in the second race at Spa.

?Not much needs to be said about ART Grand Prix and their time in GP3, the results are there for everyone to see,” said Aitken.

“Moving up from FR2.0 was a good step last year, but now we have to look at winning and nothing less.

“I’m also looking forward to learning as much as possible in a team that has produced many F1 drivers over the years, and continuing my effort to reach the highest level in motorsport.”

Aitken?joins George Russell and Nirei Fukuzumi as confirmed GP3 drivers for ART, with Anthoine Hubert set to complete the line-up.

Team manager Sebastien Philippe said: “Jack has experience of the circuits, the GP3 car and of the management of such a competitive championship.

“All these assets will be invaluable for his second year in the series, where his objective will be to follow in Charles Leclerc steps and put his name in the hall of fame in the GP3 Series.

“In 2016, after a difficult start, he was one of our most fearsome rivals with 7 podiums from the last 9 races.

“He confirmed his great potential during the tests in Abu Dhabi and his integration into ART Grand Prix was the next logical step in this sequence of very promising events.”