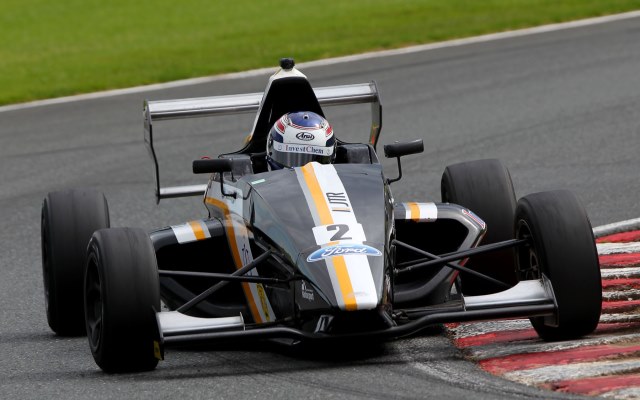 Startign from pole, Kruger built up a lead of exactly two seconds in the first two laps over chief rival Harrison Scott. A mid-race safety car eliminated that advantage, but the South African managed to open up a 1.4 second lead before the finish.

The result puts Kruger nine points clear of Scott at the head of the standings.

Juan Rosso finished third, but was under pressure from a charging Ashley Sutton at one stage. The Jamun driver went from ninth to sixth on the first lap and then made further moves on Ricky Collard and Max Marshall. He was getting a run on Rosso out of the final corner when he dived into the pits with a gear linkage problem, losing a lap.

Marshall took fourth ahead of James Abbott, while Connor Mills demoted Collard to claim sixth overall and the honours in the scholarship class. Chris Mealin was eighth with Andy Richardson ninth and Sutton tenth.

Greg Holloway triggered the safety car with an off while Connor Jupp also retired with electrical issues. Sam Brabham did not start after rolling out of race two and damaging his car beyond repair.