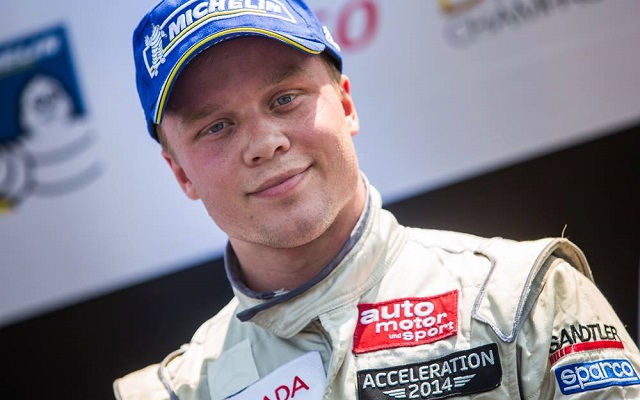 Felix Rosenqvist picked up his second win of his Formula Acceleration guest outing at Monza, having recovered from an early mistake to comfortably finish ahead of the field.

Front row starter Nigel Melker beat out Sergio Campana to lead the field over the opening lap, with Rosenqvist settling in in second.

While challenging the Dutchman for the lead, Rosenqvist spun out in the first chicane and lost precious time, subsequently opting to pit in the next time around.

Out front, Melker calmly led the first stint of the race and almost immediately inherited the lead back after his first mandatory stop. However, he struggled for pace during the end of the second stint and ended out losing the race on pit strategy, as a more rapid Rosenqvist came in a few laps later and managed to hold on to the lead.

By the end of the 27-lap attrition race, Rosenqvist led Melker by 13 seconds, with nobody around to challenge the Dutchman for second. Half a minute down on the race winner, Sebastian Balthasar crossed the line in third, holding off Richard Gonda despite damage picked up over the opening lap.

Local frontrunners Campana and Mirko Bortolotti had tough races, with the former retiring on lap 18 and the latter encountering a clutch problem and then severely damaging his front wing early on in the race.