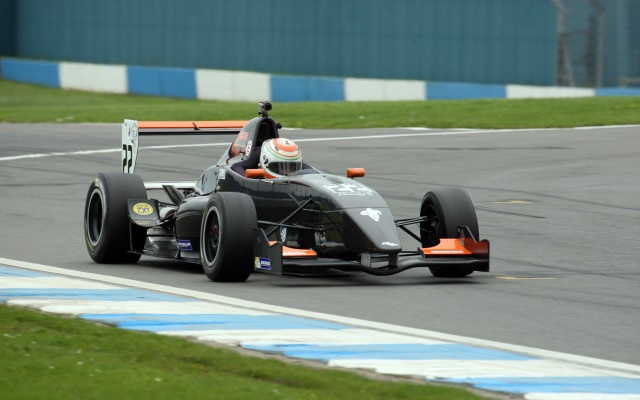 Having taken a maiden podium finish in the Protyre Formula Renault championship, Indian driver Tarun Reddy is on a high. The 16-year-old driver, who is in his first season in Europe, was a finalist in Force India’s national talent hunt programme in 2012. He has since gone on to record wins in the MRF Formula Ford 1600 championship, under the tutelage of former F3 race winner Rupert Svendsen-Cook. PaddockScout spoke to Reddy right after his breakthrough weekend at Donington.

First of all Tarun, congratulations on your podium finish at Donington. Was it a tough race?

Thank you. Yes, it was an extremely tough race. I didn’t get the best of starts but managed to repass the drivers in front of me to finish on the podium, and considering the fact that I did not do any running on the circuit before the race weekend it was quite a good result.

Did you expect to score a podium this early into the season?

Even before the season started I had my sights set on racing in the sharp end of the field and pre-season testing at the tracks we visited seemed quite promising, but experience is something I lack at the moment as the drivers at the front are all second or third year drivers and so to finish on the podium so early in the season wasn’t expected.

The team is very supportive and work really hard to make sure their drivers are racing for top positions. I feel It’s important to work with the right people especially in your early days in this sport as it’s relentless? you have to keep working hard and every time I jump back in the car I’m always making a step forward with my driving so all in all I know I’m in good hands. 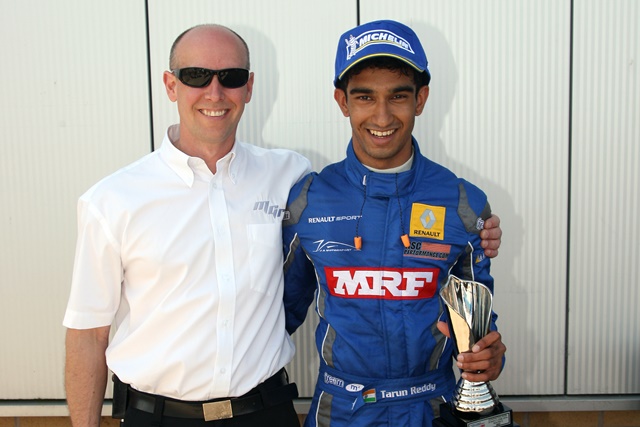 This is your first season in Europe. What has been the biggest challenge thus far?

The driving is at a high standard so you have to really work hard to race upfront. Bringing the tyre and brake temperature up is something else which I’m working on as the track and air temperature is a lot colder than it is back home.

You drove in the MRF Formula Ford 1600 series. How was the experience?

Its the premier single seater championship in India so it was a good place for me to learn in my first year of cars. I had my driver coach Rupert Svendsen-Cook with me for my races there so I managed to benefit from that massively and it made my transition from karts quite straight forward.

How did you get in touch with Rupert? What are the areas where you feel having a coach like him has helped?

I was put in contact with him through the MRF Formula Ford 1600 championship. We have worked in improving my structure and improvising harmony in my driving. Mentally he has helped as well and I have a different approach to my race weekends which seem to be working for me.

How different is a Protyre Formula Renault car from the car you drove last year?

The car has a carbon tub, more power, the brakes are more responsive and a lot more aero is available in this car. The tyres are a lot softer and to get the most out of them in my new tyre runs is another area I’m working on. 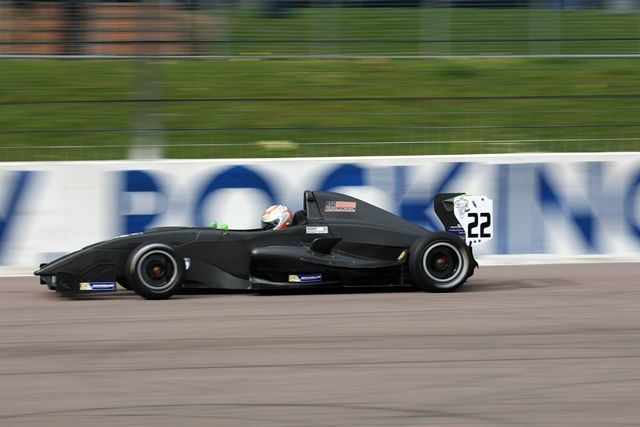 You were one of the three finalists in Sahara Force India’s “One from a billion” talent hunt programme. How did that help your career?

It helped my career massively. It was a tough year as I was racing in the competitive Super One British karting championship. It was my first real experience of what a professional and competitive environment is like and I had very minimal testing before my race weekend so it taught me to adapt quickly.

Are you still associated with Force India?

How did you first get involved in racing?

My dad’s friend’s son was into racing and so he took me to watch him race when I was very young and instantly I got hooked onto it and it started from there.

What interests do you have, apart from motorsports?

Fitness, squash and I enjoy listening to house music.

How do you manage studies and motorsports together?

It is tough but whenever I manage to find time I’m with my books. I’ve got my personal tutors who come home and teach me when I’m back home in India and my school is supportive as well so I have as much help as I can get.

What is your aim for this year in the Protyre Formula Renault championship?

I’ve got no major expectations as such. The goal is to keep improving when I’m in the car and it would be nice to pick up some wins before the end of this season.

What are your future plans?

The ultimate goal is to go to Formula 1 but realistically if I can make a profession out of this sport racing in top level championships like Indycar, DTM, WEC etc. it would be just as good. 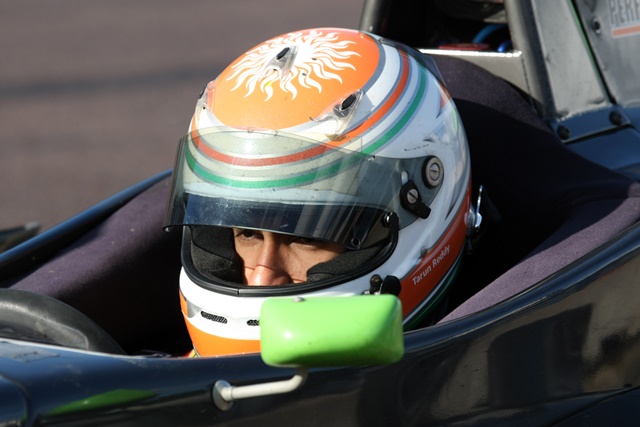