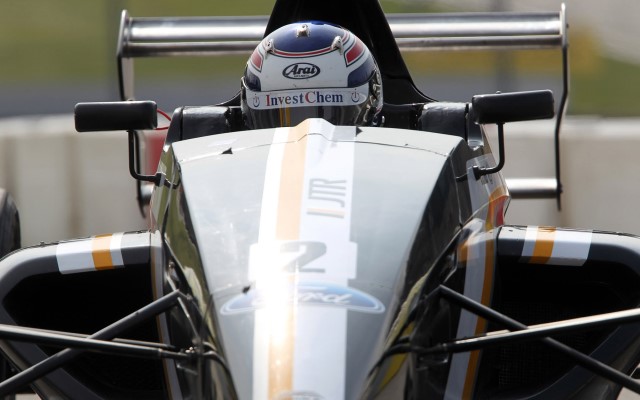 Formula Ford GB title favourites Jayde Kruger and?Harrison Scott set identical quickest times in testing at Brands Hatch on Friday ahead of the opening round of the 2014 season.

The pair both managed a best of 45.234s around the Indy layout in the second of the day’s two sessions.

Sam Brabham, who topped the opening session, was just 0.01s behind Kruger and Scott. Max Marshall, team-mate to Kruger and Brabham at last year’s champions JTR, was fourth, 0.083s behind the leaders.

Ricky Collard was top Scholarship runner in seventh ahead of Falcon team-mate Chris Mealin, with the Meridian Motorsport pairing of?Ashley Sutton and Connor Mills rounding out the top ten.

TV’s Ben Constanduros failed to record a time after crashing on his debut in a Formula Ford.

Qualifying and the opening two races of the new season take place on Saturday, with the final race on Sunday.