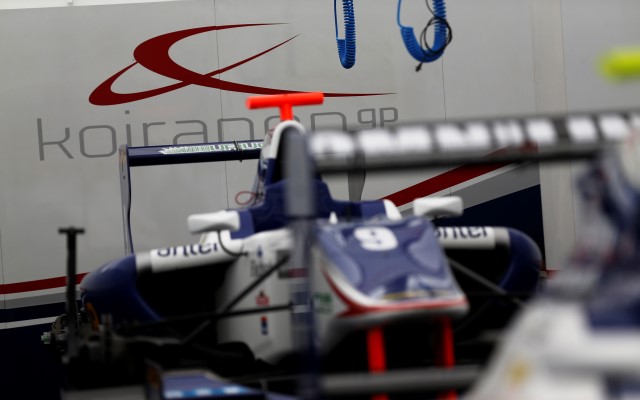 Finnish single-seater outfit Koiranen GP have announced that they will promote a new F4 championship for 2015 together with SMP Racing and the Finnish federation.

The series will be run in the FIA’s Northern European Zone, with four rounds in Russia, two in Finland and one in Estonia. It will use a Tatuss chassis and Abarth engines, just as in the Italian F4 series that began this year. Each race weekend will consist of three races.

Koiranen have previously partnered with Russian backers SMP in 2013 and 2014 to run drivers in Formula Renault 2.0 Alps, and the team has previously won championships with drivers from all three nations that the SMP F4 Championship will visit – Daniil Kvyat, Valtteri Bottas and Kevin Korjus.

“We are very proud to be the promoter of the SMP F4 Championship certified by FIA, focused in North European Zone and build up this great adventure with all our partners,” said Koiranen co-founder Afa Heikkinen.

Gerhard Berger, who developed the FIA’s F4 concept in his role as single-seater commission president, added: “People like our concept, and I feel that we are entering a very interesting phase for FIA Formula 4. We are conducing a long-term project, the objective being to make FIA Formula 4 the first indisputable step for single-seater racing drivers, by offering an optimum level of safety while at the same time keeping costs down.

“The FIA is proud of the confidence shown by North European Zone ASNs in this new discipline which we hope will become an indispensable one before long.”

Russian businessman Boris Rotenberg, whose company is behind the SMP Racing programme, said: “SMP Racing has been successfully partnering Koiranen GP which is today, in my opinion, one of the strongest and most experienced single-seater teams. Together with Koiranen GP, FIA and RAF we will give the opportunity to drivers who have already got strong experience of karting but are not ready yet for higher profile racing series to try their skills in the SMP F4 Championship.”

Jani Backman of Finnish federation AKK Motorsport commented: “FIA has a fantastic strategy to clarify the first steps of talented drivers rising from karting to formula cars. In Finland and NEZ area, we are happy to offer the new F4 platform, and an experienced team as Koiranen GP is the best possible operator.”

In addition to the Italian series, ADAC recently announced a German F4 series and Formula Ford GB will comply with FIA F4 for 2015.