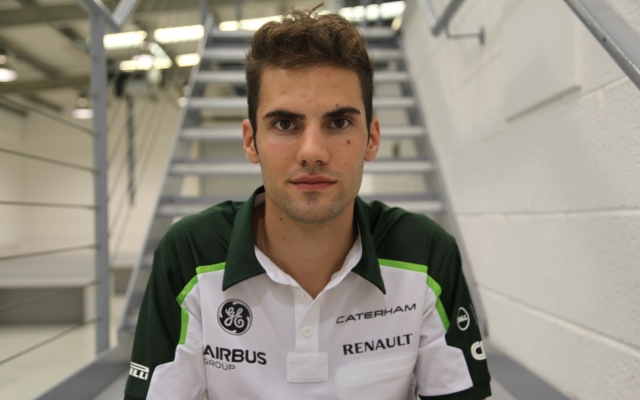 Following the sale of the team by Tony Fernandes to a new consortium advised by Colin Kolles, Caterham announced a new ‘Development Driver Program’.

The first driver to be a part of the new initiative was GP2 racer Berthon, who previously tested with HRT under Kolles’ leadership in 2011 and is managed by Manfredi Ravetto, an associate of Kolles who has joined the new Caterham setup as assistant to team principal Christijan Albers.

20-year-old Italian Giovesi won the Copa class of the F3 Open in 2012, contested the first four rounds of the 2013 GP2 season with Lazarus and has since competed in Auto GP. He has won two races this season, and sits fourth in the standings.

Caterham state that the program allows drivers to be a part of the team at the factory and at the circuit, and work with F1 engineers on the team’s simulator.