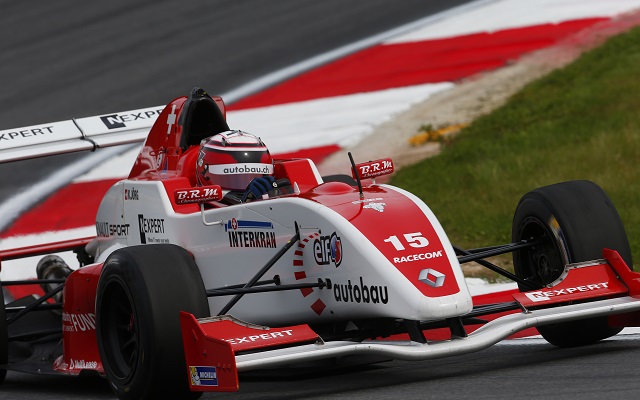 Jorg made a better start than polesitter Nyck de Vries and managed to take the inside line into turn one despite the Dutchman’s attempts to block him.

The Dutchman ended up forced wide with Alex Albon into turn one and the two rejoined the track in second and third, with Jorg assuming the lead ahead.

Jorg and de Vries then managed to pull away from Albon during the opening laps as the Thai racer came under pressure from Fortec’s Matt Parry.

Out front, Jorg led de Vries by a second and a half at the race’s halfway point, yet the Dutchman managed to significantly close the gap over the subsequent laps. Having gotten as close as 0.6s, de Vries did not find an opportunity to get by and eventually had to settle for second place.

After 18 laps, Jorg took the checkered flag, celebrating his first win in the series. De Vries finished second, while Albon successfully managed to hold on to third.

Due to Isaakyan’s status as a guest racer, Ryan Tveter managed to secure his first points finish in the series with 11th place.