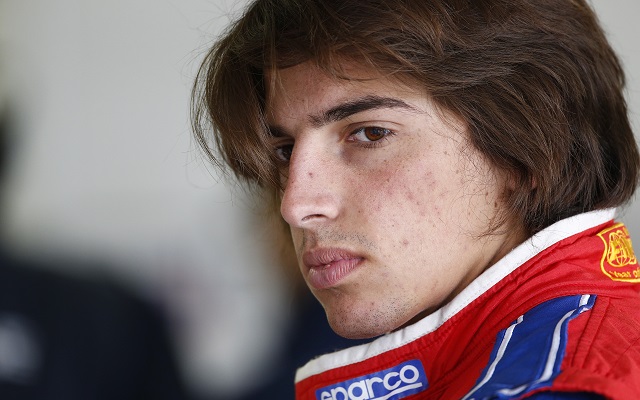 Merhi led the field during the usual halfway point break and then managed a spectacular lap on new tyres in the final five minutes to secure first on the grid.

The Spaniard’s maiden pole was under real threat from fellow single-seater returnee Richie Stanaway, but the Kiwi ended up just 0.015s off on his quickest lap.

Red Bull junior Pierre Gasly was best of the rest half a second adrift of the leading duo. He will be joined by his former Eurocup title rival Oliver Rowland on row two, with the Brit posting a last-second lap under the checkered flag.

Yesterday’s race winner Sergey Sirotkin was just 0.001s down in fifth and will start ahead of Marlon Stockinger, Zoel Amberg and Matias Laine.

Championship leader Carlos Sainz had a slightly better qualifying than yesterday’s disastrous session, posting the ninth quickest lap time. The Spaniard will start the race from 11th, having incurred a two-place grid penalty for his race one collision with Rowland.

As such, AVF’s Beitske Visser is promoted to ninth, with Will Stevens joining her on the fifth row.

The session’s only major incident occurred early on when Draco’s Pietro Fantin went off in the gravel at turn 11.