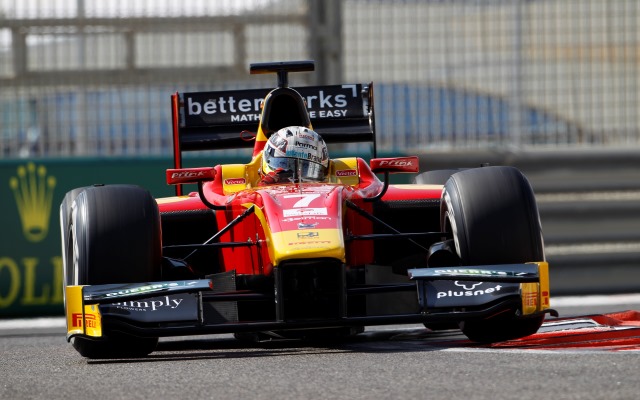 GP2 driver Jordan King has re-signed with Racing Engineering for his second season in the category in 2016.

The 21-year-old Briton finished 12th in the standings in his rookie campaign last year, although he was tied on points with 10th place.

After finishing fourth in his debut race in Bahrain he went on to score his maiden podium finish with second in the Spa sprint race behind team-mate Alexander Rossi.

“Firstly I finished the year on a high after just winning the FIA institute and performing well on the last couple of weekends I went into the end of year testing with Racing Engineering confident and it gave us a lot of time to run through everything we needed to,” he said.

“So for that reason it felt right to stay with the team as I have built up a good relationship with the guys and I think keeping continuity is worth a lot in any junior championship especially in a year in which I will be going for the championship and I know the team will be fully behind me to make that happen and will put out all the stops to give it their best shot.”

Alfonso De Orleans-Borbon added: “After the great results Jordan had for a rookie and the hard work he put into 2015, it is with great pleasure that I can announce that we will work again together in 2016.”