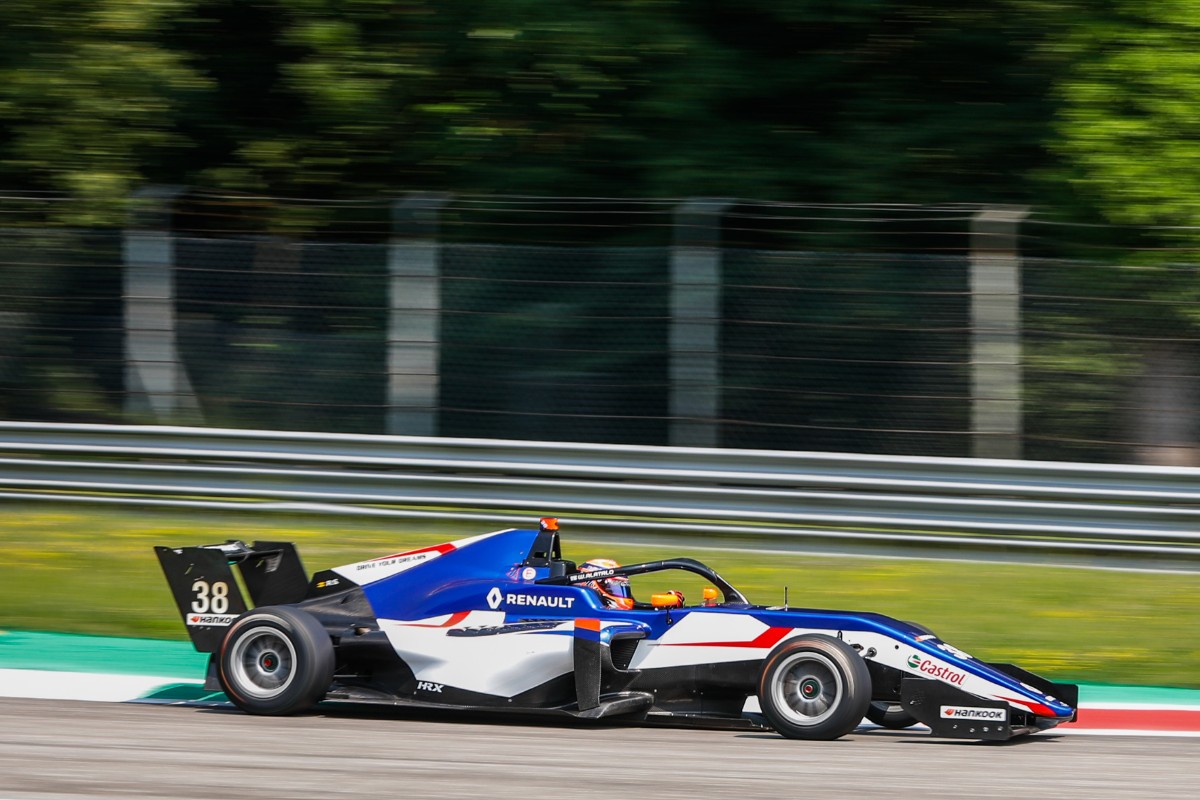 Alatalo topped all four test sessions at the Italian circuit, with the last session of the day ending up being the quickest for most drivers.

After initially being off the pace, karting graduate Vidales improved over the day and ended up being Alatalo’s closest rival in the final session. Just 0.052 seconds separated the pair, with over a quarter of a second to Paul Aron in third place.

ART Grand Prix driver Aron was also slow in the morning, but improved significantly in the afternoon and ended up comfortably outpacing his team-mates Victor Martins and Gregoire Saucy, who were 0.553s and 0.769s behind respectively.

There were several red flag interruptions during the day, and MP Motorsport’s Hadrien David sat out entire sessions.

Franco Colapinto was the fastest of the MP drivers in seventh place, sandwiched between Bhaitech’s Lorenzo Colombo and R-ace GP’s Petr Ptacek, the last driver within a second of the pace.

Johnathan Hoggard, making his Eurocup debut this weekend with R-ace, was 1.089s off Alatalo’s pace and 11th fastest of the 20 drivers.