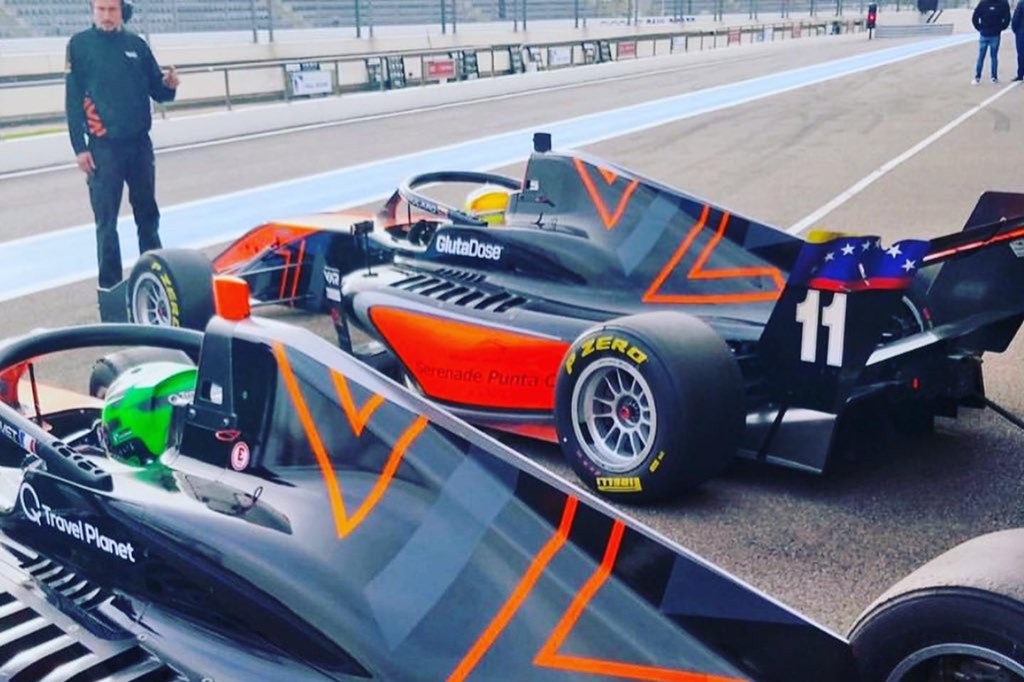 Gillian Track Events, KIC Motorsport, Monolite Racing and US Racing were all absent from the two-day test, with US Racing signing David Vidales having switched over to the Formula Renault Eurocup with JD Motorsport for his long awaited single-seater debut.

Arthur Leclerc set the pace for Prema on the first day of the test, topping two of the four sessions, but then did not run on the second day. This left only Jamie Chadwick and Oliver Rasmussen, given Leclerc’s fellow Ferrari junior Gianluca Petecof was already absent as it was not in his pre-season schedule.

They were both outpaced by DR Formula’s Emidio Pesce in addition the VAR duo, with Pesce actually going fastest in the final session of Wednesday’s running.

Famularo set the benchmark time on the second morning, while Chovet set the pace in the afternoon and got within 0.034 seconds of his team-mate.

Despite not being present for when the track was at its most rubbered in, Leclerc ended up third overall and 0.448s off Famularo’s day two time. Pesce was 0.032s further behind.

Slovakian team Maestro Motorsport is yet to sign a driver for the upcoming season, and has not been present at any of the pre-season tests.